It’s really helpful if we have some liquidity for Honey, but since Honey is on xDai the exchange options are limited. With even a small amount of liquidity people can buy honey to support the project and participate in the process even if they don’t want to submit proposals or do work for the DAO and people who do create proposals and earn honey have a way to exchange it if they need to.

As an initial way to bootstrap liquidity I’ve gone ahead and deployed an instance of uniswap (v1) on xdai, and tweaked the frontend a bit to support xDai and deployed at https://uniswap.1hive.org

This works exactly like uniswap v1 on Ethereum except the “base” asset is xDai rather than Ether. I’ve also added 1000 xDai and 100 Honey to get things started, but anyone is welcome to add additional liquidity and we should consider rewarding liquidity providers in the future because liquidity providers help to capitalize the DAO.

Could you expand on the benefits (and drawbacks) of being a liquidity provider in such a new/small pool? What are the risks, should we supply both or just one side, what are the benefits etc? Thanks.

One of the /r/ethtrader mods reddit /u/nootropicat improved one of the uniswap staking contracts (I can’t remember where this came from - one of the farming contracts I think) here. 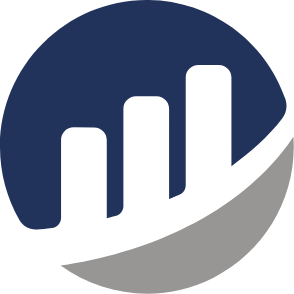 The Contract Address 0x813fd5a7b6f6d792bf9c03bbf02ec3f08c9f98b2 page allows users to view the source code, transactions, balances, and analytics for the contract address. Users can also interact and make transactions to the contract directly on...

People with DONUT-ETH uniswap v2 liquidity then stake this contract and are paid to provide liquidity out in DONUTs based on the percent of the total liquidity stake they put up. Right now this is paying something like .13%/day or 43%/yr.

The front end is here:

I am not sure if cloudflare can be used for a front end but I am sure someone else with more UI skill could wrap a front end UI around a ported back end honeyswap staking contract. I think it has to be funded with some HNY to be able to pay out.

I am not sure this helps but I thought I would share with you guys what has already been done and on Ethereum mainnet that /r/ethtrader is using to incentivize uniswap v2 DONUT-ETH Liquidity that you could use here on xDAI to incentivize honeyswap xDAI-HNY liquidity.

Just figured out how and added some liquidity to honey.
The moon is going to be very sticky from all this honey