Celeste Launch and Next Steps

I want to congratulate everyone in the community, but especially he Celeste swarm, on a smooth deployment of Celeste and upgrade of the Honey contracts over the weekend. As a bonus, this upgrade also included the new Dynamic Supply policy that caps yearly inflation at 10% and automatically burns Honey when the common pool balance exceed 30% of the supply.

This is a huge milestone for the 1Hive community, and addresses one of deepest challenges facing tokenized communities, the balance of power between capital and people.

When governance power is determined purely by capital, you get centralized decision making and a rich get richer effect. People who are not whales, are poorly represented in governance decisions, and you have no way to hold stakeholders accountable to the desires of the broader community or the past expectations they have bought into.

On the flip side, attracting capital is critical to the success and sustainability of tokenized communities, and decisions backed by “skin in the game” are essential to ensure that those who don’t have any interest in the success of a community cannot unduly influence how resources are allocated and what policies are enacted.

With Celeste we can balance these opposing forces, and create a more effective and aligned community.

What this means for 1Hive

That alone won’t immediately result an influx of revenue to the common pool. Instead, it will amplify our existing efforts, and open new possibilities, that will enable the 1Hive ecosystem and the Honey economy to grow in new ways.

We can reward participation in Celeste by funding the reward module using conviction voting. I plan to create the first such proposal later this week, and this will create an incentive for people to stake Honey and actively contribute to the decentralization and security of the 1Hive community and its resource allocation process.

Unlike other forms of staking rewards, due to the limits an individual can stake, this will make Honey more valuable to individuals in the community that have less Honey relative to those who have more than the maximum they can stake (~30 HNY). Overtime this will result in the distribution of Honey becoming less concentrated. In contrast to all other stake based protocols, where the network stake tends to accumulate and centralize over time.

One simple way to understand importantance of this effect, is if you put yourself in the shoes of a new bee coming into the community, are you more likely to contribute if you know that you are contributing to a system that largely is controlled by and benefits existing whales, or if the system is designed to distribute and decentralize stake in the community more broadly over time?

Its my belief that the benefits (security, decentralization, legitimacy) of Celeste to the 1Hive community are significant enough that it would be appropriate to continuously provide staking rewards from the Common Pool, however, that may not be necessary as the protocol matures. We can get the same effect on distribution of Honey by supporting and investing in Celeste integrations in order to grow the volume of disputes handled by the protocol. When disputes do occur, drafted keepers get paid in Honey for their services, this revenue goes directly to participants. Therefore, as we build confidence in Celeste as a subjective oracle, and the community builds and attracts additional integrations, we can expect the volume of disputes, and eventually become significant and consistent enough that staking rewards from the 1Hive common pool can be decreased or eliminated entirely.

Currently the only live integration is the 1Hive DAO itself, and while this will likely result in some disputes, it likely won’t result in a significant quantity by itself. However, there are a broad range of possibilities for Celeste integrations, some of which are already actively being developed.

The first major integration we have planned is to extend the 1Hive.org interface to support the creation of conviction-based DAOs, either by issuing a new token or by bringing and existing ERC20 token and staking it.

Gardens is exciting because it will allow other communities to leverage some Celeste and Conviction Voting in the context of their communities, and the ability to launch tokenized communities, or attract more ERC-20 tokens from Ethereum to xDai will also benefit Honeyswap adoption.

On a similar note, the commons swarm has been working on launching the Token Engineering Commons, as well as making those same tools available for other communities, and they intend to leverage Celeste in their implementation as well, offering another flavor of a conviction voting DAO for users to choose from.

Another Celeste integrated project that is actively being worked on already is Quests. This has been in development for a few months, though I expect progress to accelerate now that Celeste has actually launched.

The idea of Quests is to provide a flexible mechanism to create flexible on-chain escrow contracts. Each quest will have three distinct roles:

When a champion completes a quest or quest milestone they submit a withdrawal request along with proof of completion, if there is a dispute about whether the champion successfully completed the quest as specified, the withdraw request can be disputed and Celeste can be invoked.

Quests is particularly exciting because it will help make the proposal process more accessible for individuals who are not developers, by allowing them to participate as quest creators, while at the same time improving the accountability of the proposal process and making it easier to take risks on new contributors by putting funds in escrow until milestones are reached.

One of the most useful primitives that requires a subjective oracle is a canonical set of objects or items. The Canon project, which is still in early concept stages, but is based on this idea and will leverage Celeste to create canonical sets of NFTs.

More broadly canonical sets can be used to create registries for a broad range of applications, for example the token list used by default in honeyswap, or the communities exposed by default in the gardens frontend, or the valid items in a metaverse game like beezu.

Celeste opens a ton of new use cases and possibilities for applications that could benefit from a subjective oracle, and Honey holders benefit from the broad adoption of the Celeste protocol. Therefore it makes a ton of sense for developers who are interested in building integrations with celeste to seek funding from the 1Hive common pool.

I am excited to see the numerous possibilities that this will open which we have not even thought about and am also personally excited to dabble with this and oncoming systems!

Luke… mate your forum posts are always so full of useful information. I have to say as a new bee around here, this article really strikes the right cord with me. I would be more involved and feel that it will be much fairer when i know that my contribution will lead to the more decentralisation and an even distribution of the HNY token! Now I need to find more time to research Gardens/ Quests and Cannons… I really wish there was like an AMA once every month on each of these exciting parts of 1Hive so that there was a easier way for new bees to be able to digest all this information.!

Great job though for the Celeste team and the community for having gone through this milestone!

This is awesome! I’ve already activated some HNY! I’m excited to see where this takes us! Super excited to check out the quests! Time to test my skills and knowledge!!!

Great write up as usual Luke. Yeah I think we only lightly touched on Celeste in the talk last week, I think it would be a good idea to go deeper into it, and also cover how Dynamic supply actually works under the hood on another call.

it was quite exciting indeed, and although we don’t see the effect short term, I’m sure that the community will largely benefit from Celeste. Fantastic job everyone.

Are there any plans to market the dynamic supply policy and Celeste launch?
I haven’t heard much about the release from celeste apart from this forum post, I think this could be a great opportunity for the buzz swarm.

Why I cant sign in Celeste as a Keeper? I have more than 0.5 HNY 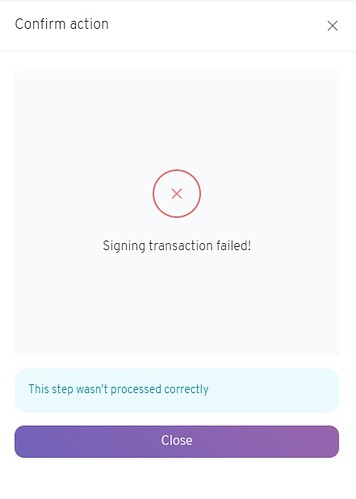 Very excited for this deployment in particular, I really hope that the community will benefit from Celeste.

Great job Luke for this post, and also thanks to everyone involved in the development and testing of this project​:clap:

Thank you, every process of the community can not be separated from our community interesting partners, thank you and your consensus

Ahh it all falls into place now, I get it. Very cool, this dao is now beginning to feel like quite an advanced organisational beast. Love it.

I know there was some questions on this but given the above @lkngtn, has buzz been given the total go-ahead to launch PR on this? I think it is an important milestone and is a product that differentiates 1Hive on xDAI from other communities and we could use some nice PR.

I look forward to seeing Gardens, Quests, Canon and Integration Grants coming out.

Congratulations to the Celeste team!

Great response to the bug(s) I have found so I am hopeful that as we use Celeste more we will pound out any other bugs. Interface looks marvelously clean (I love the dark mode). I made one suggestion that @lkngtn noted regarding integrating the status of HNY both in the wallet, and in various deposit locations in Celeste.

I already saw the 10HNY proposal request and will be supporting that once pollen and the flora swarm funding passes. I would encourage people with any spare HNY to support these proposals so we can get them all passed quickly.

Thanks again to the team and the community.
“Looking good Billy Ray!”

@borisblock created a great overview of Celeste that is perfect for PR; I’m getting started on the Buzz bounty for a tutorial vid - posted an outline in the discord channel for comments : )

Amazingly thoughtful development; 30 HNY cap and multiple points of leverage with other emerging features of the DAO…very exciting to be a

Thank you for this nice thread @lkngtn it really is exciting to see Celeste being launched and think about the possibilities on how it can be used in future. It’s very important mechanism that opens the door for many dapp integrations.

i was reading yesterday a post from Radi Guild where they have mentioned 1hive’s Celeste and possibilities to integrate on their smart invoicing :

Yeah we are working on the PR and we have one article on Celeste ready to go along with @borisblock and @twells videos . I am also in contact with a youtuber that we will have to explain Xpollinate bridge , adding liquidity and announcing the Honey Farms. As more content we will get for Celeste we will also have some influncers showing that to broader range of viewers.

Honestly, I’m currently exploring xDai because of the Xpollinate bridge. I was able to transfer over from the BSC network for dirt cheap and it incentivized me to keep exploring this. The Celeste launch is a bit confusing. Currently staking as of now 250ish dollars to be part of the celeste world. it literally just launched and only 1 task in 2 days from writing this but I’m very interested to see how it works.