With the deployment at Polygon (Matic) Network nearing and with the recent arrival of SushiSwap at xdai network, I think it makes sense to start talking about the next potential place for deploying our products, maninly HoneySwap & Agve. As I have already told some of you, during these few last weeks I have been researching quite a lot about this.

From all of them, Fantom Opera drew my attention, it is basically a Layer-1 decentralized network.
I recommend you to have a glance at the following links: 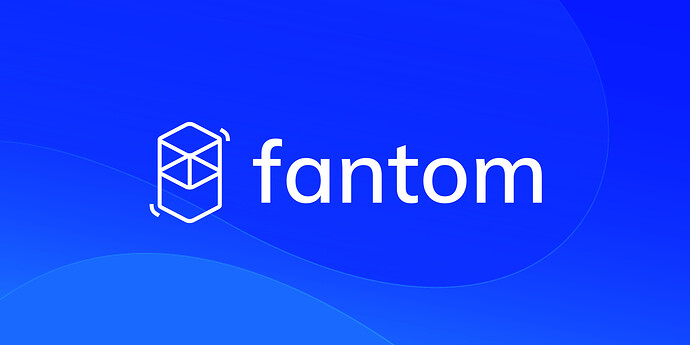 Fantom is a next-gen Layer-1 platform for DeFi, dApps and businesses.

Fantom Explorer allows you to explore and search the Fantom blockchain for transactions, addresses and blocks

2: SpookySwap
$100.031.970 TVL and $25.968.078 market cap. They also did a lot airdrops and huge farming incentives during last these last few weeks as SpiritSwap so the price of their token ($BOO) also dropped a lot recently.

4: SushiSwap
They just deployed there so their TVL and volume there is very low yet (at least last time I checked)

I would like to empashize the fact that all of them just started operating there 3-4 weeks ago as the Fantom network has been getting daaps usage recently, so they achieved very high TVL very fast.
This network has been trending these last 2 weeks, I think it will be the next Polygon, as the teams behind these 2 networks are following similar paths regarding marketing. As far as I know a lot of devs are getting attracted to build at Fantom and there are a lot of projects being developed there at the moment. Just check the community-made forum for it: Opera — The Fantom Helper

I could elaborate more about why I think we should deploy there as soon as we can, but I think it will be better if you dyor. What do you think fellow bees?

L2’s are the future and we should definitely expand towards them.

I am more interested on how to handle the HNY token “source of truth” as a sidenote. Luke has mentioned these topics. Currently ETH gas fees are insane.

Anyways, yes, Fantom and Polygon I think are the prime competitors right now it seems. It would be interesting thing to have a technology discussion on them.

Agreed and +1. I think there is so many L2 solutions and some L1 solutions that are exploding with users, devs and dapps that it will be amazing to be able to have Honeyswap and the Tuplip wallet to just manage assets on all these chains from the one place!
I would also look into Solana as they seem to be really going for it and they have some really cool dapps like raydium and phantom wallet which show the quality of devs on the ecosystem.
My only qualm about Fantom network is in a recent discussion I had on Popsicle finance discord it was being claimed that Fantom network devs or validators were not really prepared for the growth and that there was some major issues with the RPC and stability of the network which the devs on discord completely ignored.
So choosing an L2 solution that is well supported will payout in the long term!

I have been testing this network and in my opinion I think it has a long way to go. I have tried to make multiple transfers and many of them have given me an error. That blockchain doesn’t work very well.

Its not working well because they have problem with their RPCs - overheated with to much txs and they are upgrading their RPCs will take few weeks for that upgrade so they can handle all txs on fantom network.
My opinion we need first to see how we gonna handle honeyswap and infrastructure on polygon there and exp from polygon - 1hive can use for deciding for other chain(s).

The future is multichain future, so 1hive needs to be multichain. Definitely Polygon is first option.

Yes, but afaik they are actually very confident of solving it properly soon and I don’t think that will be a common problem at least in the near future.
Totally agree that now we should focus on Polygon, but I think that it would be useful if we already start researching for the next place where we could arrive.

I agree with the “expansion plan”. If we would manage to have liquidity on different networks to be competitive, 1hive could easily be in as many places as possible. For now Polygon will be a good stress test for the new farms, and hopefully Agave is soon live as the leading lending/borrowing platform on xdai.
Thanks for your suggestion

vs other sidechains afaik

i still need to study that, but Arbitrum seems very interesting!

I prefer xdai and polygon