YoungKidWarrior has created the platform, Dripp by Shenanigan, to stake Honey for Alvin plushies and Particle for Shweatpants.

The platform will be launched in about two weeks.
What is that?
In just two weeks you’ll be able to stake Honey($HNY) to earn ALVINS, which are redeemable for an NFT and an adorable Alvin-the-Agave-Logo Plushie?
But wait…
You can stake Particle($PRTCLE) for an NFT and a pair of First Edition Shenanigan Shweatpants! 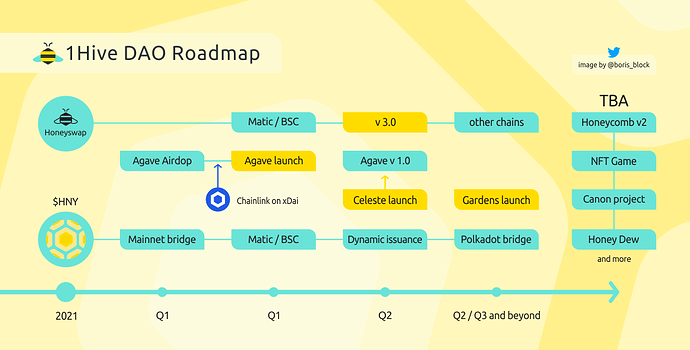 1hive_roadmap21024×520 85.3 KB
We’re ridiculously excited about the Agave launch. This great collaboration between 1Hive’s BuzzDAO and YoungKidWarrior and his Shenanigan team will give us all a way to get involved in an important project on the xDai blockchain.
This is the first time Shwag, NFTs, and staking have all been combined.
Be part of the bleeding edge technology building new ways to be in the world…
And have some fun!
5 Likes
metaverde February 23, 2021, 3:46am #2

This is on Medium, but I’ve been reminded they have a paywall, so I’m cross posting here.
I am open to suggestions and would love more assets and maybe how to resize images here… ?
Have a great day!

Great news, thanks for sharing. Looking forward to the launch

something interesting,thanks for sharing. come on . u are the best.