Is HNY a marketable security?

HNY appears to be issued at regular intervals by an automated contract, partly distributed to members based on participation via SourceCred and partly held in the 1hive DAO treasury. H NY held in these two ways appear to interact as follows:

Did I get that right?

HNY then acts as a governance token, but is also openly traded on the market, both on xDAI in Honeyswap and on Mainnet on Uniswap in bridged form, and others. Therefore, the value of HNY could increase based on the management of members, but in a decentralized way: all HNY members have the opportunity to add value, by contributing more, posting more, and also earning a larger share of the regular distributions.

This decentralized / democratic management appears to get around the tricky 4th Rule of the U.S. 's SEC Howey Test, to determine if a membership interest of an organization is legally a marketable security and needs to be registered and regulated by the government. 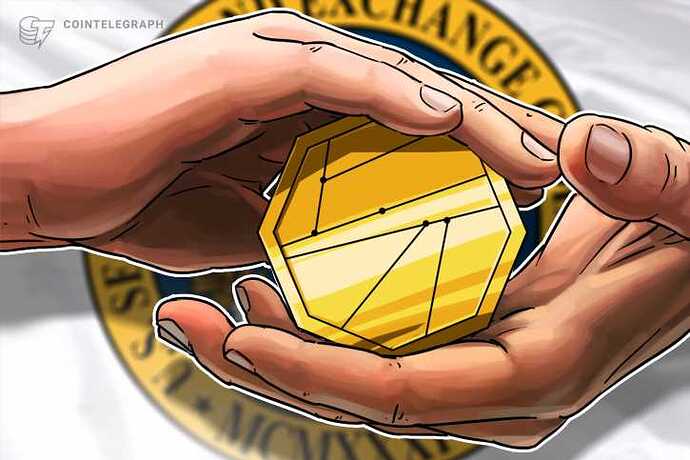 Governance tokens in decentralized finance, or DeFi, have suddenly jumped …

I’m asking, because I’m interested in creating a new swarm for affordable community governed housing, and I’d like the membership share price to be determined by the market, and also to encourage and reward as much user participation as possible. In a typical company, like if you held shares of TSLA stock, even if you wanted to and had a great contribution, there’s no clear way for your contribution to be accepted and increase TSLA stock value.

Any feedback or thoughts appreciated.

because I’m interested in creating a new swarm for affordable community governed housing,

I don’t see the correlation about honey being a security or not has to do with you creating a swarm.

Secondly, you might get more discussion if you explained what you are requesting. I don’t know what your request is.

His question is as much as I understood is a general insight into if HNY is a security or not with lots of extra information. Let me cover it!

Digital currencies such as bitcoin are notoriously difficult to categorize. They are decentralized and, as such, elude regulation in many ways. Nonetheless, the SEC has taken an interest in digital assets and has sought to clarify when their sale meets the definition of an investment contract.

According to the SEC, the “investment of money” test is easily satisfied with the sale of digital assets because fiat money or other digitals assets are being exchanged. Likewise, the “common enterprise” test is also easily met.

Honestly, as much as I can see it would be very hard to define HNY as a security for the following reasons:

I still cannot guarantee that these arguments would necessary help fail the Howey test but this is basically my viewpoint.

In addition to the points Fried and Monstro make that Honey isn’t a security I will also make the point that the DAO, 1Hive, does not have members. Anyone can write a proposal. The people writing the bulk of the proposals changes over time, the proposals don’t have to add value to 1Hive directly to pass, and very few of the proposals have anything to do with the value of Honey.

Regarding “all HNY members have the opportunity to add value, by contributing more, posting more, and also earning a larger share of the regular distributions”, these actions add value to the community, to 1Hive the DAO, not to Honey. The goal of 1Hive is not to increase the value of Honey, not that we seem to have much influence over Honey’s price anyway.

There’s a lot to unpack in how DAOs work, and every DAO is a little bit different.
I’m not saying that no DAO uses their coin as a security, but I don’t see how it can apply here.

I dont buy into the whole ‘Daos have no members’ point. 1hive quite clearly has swarms, and members of swarms who contribute. Roles define who the members are of what swarm.

I didn’t say DAOs have no members.
Some DAOs clearly do.
1Hive does not have members.
Swarms don’t have members either, for the most part, but the DAOs managing swarms do.

If you are a paid worker of a company, that makes you an employee of said company, and a member of that company. A swarm is no different.

Some DAOs have a process for joining, keep rolls, charge membership fees, all that.
1Hive does not.

We’re discussing Honey being a security, not the DAO tokens of the various swarms. The swarms do not have employees. There are people who arrange with different swarms to exchange work for pay. They are independent contractors.

People collecting pollen and bounties are effectively shift-giggers not employees.
You can’t kick anyone out of 1Hive. We’ve blocked someone from our social before, but that person is still free to buy, sell, stake, and vote with Honey.

That’s where I guess we disagree - if you work for Microsoft, get paid by Microsoft, and get fed by microsoft, you are 100% a contributing member of Microsoft.

To say you are not is just a copout that daos use to try and shirk responsibility, to say ohh we dont have members so we dont have to adhere to timelines or rules or whatever. Imo that’s bullshit and such a lame excuse. It’s so blatantly obvious to everyone who works for who - Luigi is a member of agave, sandpiper is a member of pollen, etc etc. I have no problems with these members these are just the most obvious examples. It’s just so so tiring hearing the line there are no members in a dao or swarm

It’s certainly a valuable discussion to have. I’m not sure if HNY would be classified as a security or not. We have revenue sources, and so HNY could be seen as an investment that people purchase with the intention of profiting. However, this is also true for: MKR, Aave, YFI, and essentially all core defi tokens.

The question I suppose is if we are sufficiently decentralized. While our Gini coefficient is probably not as good as it could be, and there may be some DAOs out there with better coefficients, there are also DAOs with worse gini coefficients. MakerDAO has relatively larger whales than HNY, as does STAKE, BNB, XRP, probably MATIC, SUSHI, etc.

Overall, I don’t think we have much to worry about. HNY is still a relatively small, insignificant cryptocurrency, and any efforts to crack down on this space would start with larger projects.