Hey 1Hive, Tulip and all you degens, I know the start of June feels like it was eons ago when the xCOMB farms went live with a cool party (Thanks @anisoptera ). It’s been a pretty bad shake up since then of the crypto markets in general and xCOMB has plummeted radically with no floor in sight yet! Thanks for the entertaining paper napkin math on where the floor should be @befitsandpiper, @quique, @Carson on the #markets channel.

Now to the point of the post, In the initial adrenalin rush of being a bee-farmer, I asked @Gigadig to help me create a POAP to commemorate the launch and farming of xCOMB for June 21. Gigadig was super helpful and did some magic to produce a simple design for a POAP!

If you have not heard or know what a POAP is, then check them out here: https://poap.xyz/faqs
POAPs are like digital badges that can be issued and stored on the blockchain to a given address. The collection can be viewed anytime when you sign into the following link with your address https://app.poap.xyz/scan

My initial plan on distributing this was to somehow automate the POAP delivery by asking users that had farmed xCOMB to claim it by verifying that they had participated in the xCOMB farms in June 21. I wanted to learn and implement this using eth.build, but due to my lack of technical skills, I realised this was going to be a difficult task. So I approached POAP on their Discord to resolve this and was advised if I can get them a list of all the addresses that should get the POAP, they would organise and do a POAP drop to all the provided addresses .

I asked for help in 1Hive Discord and was glad that @luigy @Jasper and @berj all helped me out. Jasper produced the code that extracted the addresses and I am really thankful to him for spending the time to code it and also explain to be some basics of ‘The Graph’

So enjoy the POAP and hope this will be something that will remind you of good ole times in a couple of years which is like a life time in crypto. At the least it builds up your digital badge library!!

If you are eligible and want to claim the POAP, please log in to https://poap.delivery/xcombfarmer

Hope to do a pCOMB POAP drop in the near future when i get the time. Will provide an update post when this is done. 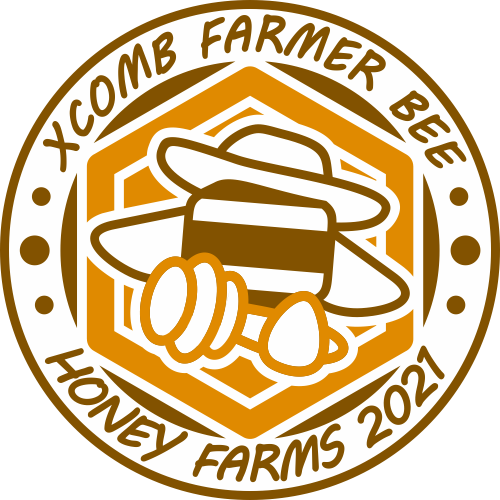 This is so much fun. Thanks for putting this together @project_uwb!

Thanks for the work !

excellent
It is a good thing to make up for it
Although it does not include me, but I have friends that I will inform

This is very valuable for me and definitely will remind me the good moments of being in 1Hive one day.
I appreciate you and everyone else who helped to make and distribute this poap.
Thanks a lot.

This is great. Already got a few POAPs from a few different projects, one was Bankless DAO’s virtual event I believe. Really cool seeing the POAP use cases choosing xDAI for their blockchain of choice. 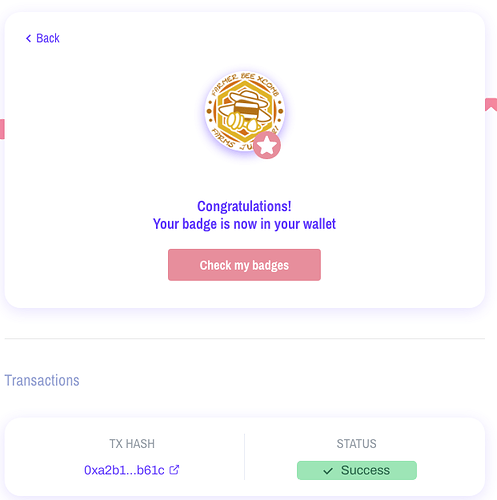 Thanks, this was a great idea. Just got mine!

@project_uwb
Thank you, for the initiative to generate a poap, it is great to see this type of initiative!

When you have another type of initiative, count on my support to design what you need

Thanks for the poap

this will keep a nice memory of an event 1hive

Happy to have helped, crossing my fingers I didn’t miss any addresses haha

Great idea, happy to have received - however - how do I see it in metamask, is there a way to see collectables? using browser plugin?

@cryptoclip I asked around on POAP discord and the desktop version of metamask doesn’t support displaying POAPs natively but the mobile app does. Check this article out https://tomso11.medium.com/how-to-see-your-poaps-on-metamask-bb85a82c617d

thank you for making the extra effort to find that out!

Thanks it will be a rare POAP