After two games of fun experimentation (wherein @project_uwb annihilated all), Season 1 of the 1Hive Crypto Trivia Game has begun!

Last Friday was the first game of the season, which will last for three games total before we crown the overall winner and award a special prize

After soaking up rays of cosmic knowledge on the beaches of Greece, @D0SH returned to claim the throne in Game 1, with @project_uwb and @DogeKing close at his heels. 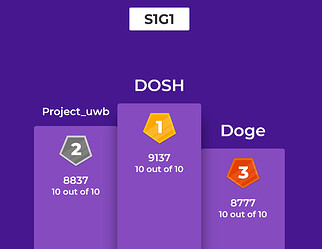 We had an awesome turnout; more than 75 POAPs were claimed and our top ten finishers all received some HNY!

Game 2 is scheduled for next Friday, October 22 at 7pm UTC and will focus on Agave - some questions will be drawn from the video content we are pushing out on YT

Rewards will be matched (i.e. doubled) for this game, so get ready! 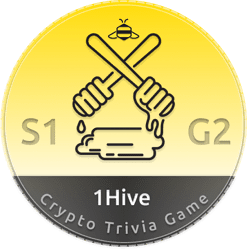 We will round out Season 1 on 11/5 with a new game sponsor…stay tuned for more details and thanks to everyone who has participated so far!

Hey @twells … i really love what you started here man. This is by far the most fun I have had on the Hive with the community calls a close second.
Dang… i really wish we had a ‘Season: Fun Experimentation’ and I was crowned the winner … hehehe… probably my only chance at being the overall champion!
@D0SH … i might propose forming a mini-swarm or mini-Crypto Trivia DAO to team up with others to compete as one account … hahahaha… i reckon its gonna have to be a team effort to get close to your lightning click skills!

thanks dude, i appreciate that : )
you are the undisputed experimentation phase champion and we need to come up with something to do it justice

@twells The crypto trivia game, it’s really great to be able to compete between friends and 1hive members

thanks for organizing and making this possible, you do a great job :).

congratulations and my respects to the winners @D0SH

. Someday I hope to be in the winners ranking!

we should include something else to the trivia Game: D as a challenge hangman, I was talking with @armog about that idea.

Thank you @twells for always keeping us informed, and entertained as always

@D0SH … i might propose forming a mini-swarm or mini-Crypto Trivia DAO to team up with others to compete as one account … hahahaha… i reckon its gonna have to be a team effort to get close to your lightning click skills!

Would be cool idea, although how its so fast paced may be hard to sync in a decentralized manner.

Yeah we are cooking some idea why not

Great concept… thank you for keeping us all enlightened and entertainment

We could use this online application, and use a different dynamic for the trivia or even once the trivia is finished playing hangman is really funny! 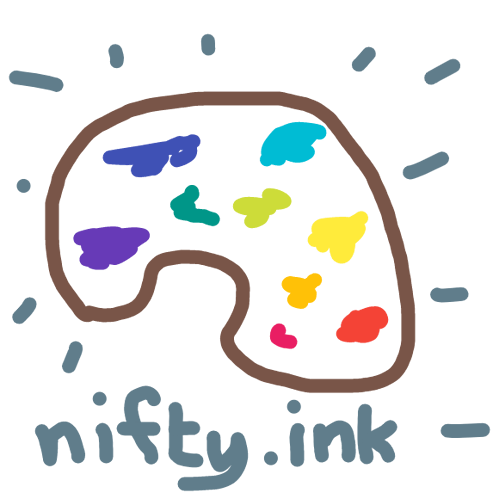 omg. this is a brilliant idea…then auction off the hangedmen (?) to raise $ for austin griffith’s dev streaming pool…I met him in denver

- ill ask if he wants to join us for a game! (nifty.ink is his project)
@pab

@twells sounds great, I had the opportunity to participate in events like this in metagame, hangman game!

Thanks for getting this going folks! Like many others said, I haven’t had so much fun in ages. I want to help out by getting TEC and Gitcoin to participate/sponsor a round.

Reminder: Game 2 is this Fri at 7pm UTC

Help us to spread the word and increase attendance this game!
RT + tag this for a chance to win a steam key

This will be the last 1Hive-focused game for a few weeks; looks like FOX and BRIGHT are potential sponsors for November!

This is actually quite a brilliant concept because it will bring the 1Hive community together.

We are cooking some nice update on the Trivia with other DAOs… had also a call with UMA. thanks to @ZER8

This will be the last 1Hive-focused game for a few weeks; looks like FOX and BRIGHT are potential sponsors for November!

excellent to see that other projects are sponsor for trivia games !! Bright id and Shapeshift (fox) are great, I have been immersed in that project and it really cool stuff! “I suppose if they are the sponsors, the trivia will be about their information”

We are cooking some nice update on the Trivia with other DAOs… had also a call with UMA. thanks to @ZER8

cool cool this new link for the DAOS World trivia game , Thanks to @ZER8 nd @solarmkd for linking with UMA!

Recap Game 2
Topic: Agave!
Special congrats to our podium Harshman, Tyralo (not sure of either handle in discourse ><) + @mrtdlgc ! 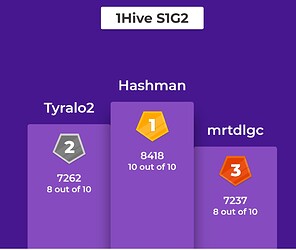 Reminder: Game 3 is next Fri at 7pm UTC

It will be our first sponsored game; Shapeshift will be putting up matching FOX rewards!

Total pot will be worth $500 HNY/FOX…actually wondering if we could reward as LP tokens @Monstrosity ? hrmmm…

Help us to spread the word and increase attendance this game!

Also …
BrightID is on the calendar as a sponsor for the 11/19 game! @CurlyBracketEffect got the ball rolling on their forum 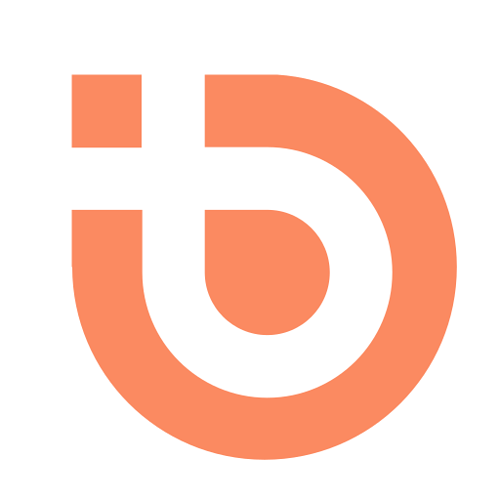 As it turns out I can’t edit the post after 5 minutes because it has a poll in it. Just wanted to add a note so that it’s clear… NOTE: values for the prize sponsorship vote are in USD

Another big ups to @ZER8 for connecting us with the Super Umans and @AbsoluteUnit for adding some great ideas for a potential sponsorship/partnership going forward!

Lots of trivia in our future…

Great stuff! Really hoping we can get the game rolling with the SuperUMAns

Hey Fam! Has anybody else noticed that trivia fever is spreading like wildfire?

I think we need a little cow-bell brought into this mix. Sorry. Channeling Christopher Walken briefly.

Um. GITCOIN IS IN TO SPONSOR A ROUND. tell us where and when and I will pass the messages. I also want to help write the Qs