in the discord and Honeyswap LP liquidity provider. I teach university computer science and I’ve been telling my students about how the DAO is the structure of the future, allowing ideas to rise to the top with a horizontal structure that, ideally, lifts up many hundreds of token holders as a result of their collective efforts and goodwill, leading to higher TVL for a DeFi or any other blockchain project. Many have seen decentralized and remote work seemingly spring forward a decades worth of advancement as a result of the pandemic and are wondering what this means for these organizations.

I would always use 1Hive or MakerDAO as the best examples of a DAO that have gained traction and scaled as a result of some smart devs initiative, impressive organization, and ambitious development. Many would type in MakerDAO.com and 1Hive.com, which was unused, so after having to explain that it’s 1Hive.org a half dozen times, I went ahead and bought 1Hive.com to exterminate

the confusion and serve as an on-boarding site for users who is enthusiastic about blockchain tech but crippled with anxiety over the perceived technical skills necessary to take part in a swam. 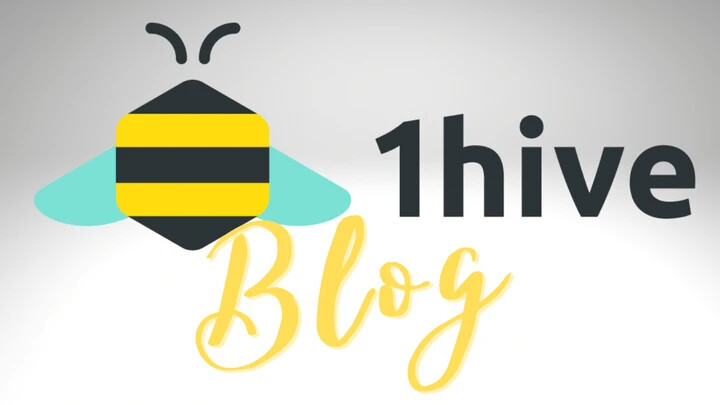 Consistent with my teaching style and blockchain newsletter, I like to integrate animated gifs that visually display the step-by-step processes or functions. YouTube is good for such tutorials but core content often gets lost in the “remember to like, subscribe, smash the notification bell” and all sorts of wasted time designed to keep users on a video as long as possible and deliver the engagements necessary for a video to be blessed with a higher keyword ranking by the algorithms. This is distracting and off-putting for those that want to learn in a FreeCodingCamp-type way that gets right to the point.

My introduced to 1Hive by xDAI’s projects list. I was excited to see a Uniswap V2 fork deployed on xDAI, which in my mind would be ideal as the nominal gas fees on xDAI could encourage volume trading, benefitting staking for LPs. If there is an arbitrage profit potential for $0.01 and the cost of gas is $0.0001 then some savvy, high-frequency market makers will take that trade, benefiting liquidity providers with a sustained, regular ROI. This is particularly powerful for stablecoin 50-50 crypto pairs where impairment loss isn’t an issue. At that point I dipped my toe in for some xDAI/WxDAI & USDC/xDAI crypto pair LP pool participation percentages and jumped to the best built-out Discord channel I’ve ever seen.

I’ve met most of the leadership team through the Discord Cafe voice chats and was blown away at the robust discussions with ideas being challenged and people setting their egos aside to collectively adjudicate the best solution for a problem, the power of the DAO model of Swams and savvy dev opportunities became more tangibly apparent. Couple that with the pollen awards makes this community as perfect as it gets to introduce someone who wants to get active in the space to direct their attention to a DAO community and be able to HODL a bit in the process for their contributions as the project Moons.

I plan on crafting several dozen more step-by-step tutorials. Was excited to see that #1Hive-Radio was added as a Swarm. I second the need, as proposed by @CurlyBracketEffect, 12 days ago in the Proposals section, as a swarm for whomever wants to work on this public-facing effort to continue the solid positioning to new blockchain enthusiasts.

Corrected! I saw this in the proposals section and saw that you also proposed the #NewBees! I second your proposal and edited my post to credit you. Great minds think alike!

Hey @altcoins that is wonderful to hear that you are teaching the up and coming leaders of the future world about DAOs as i believe it will become something ordinary in due time.

I do have some concerns on using the 1hive domain and 1hive branding to promote your content ; while i do think your content is valuable taking a fairly recognizable domain may confuse people about 1Hive as most ordinary people view .com as “official” and don’t really understand the concept of DAOs and how things cant really be official

With that being said i would like to kindly ask that we shelf the .com domain and use it for future uses as a community

It’s imperative that DAO lead with education efforts to on-board new users. Facilitating such growth is the lifeblood of a project’s ability to continue to gain traction and scale. I’ll 100% be handing over control to the forthcoming #NewBees Swam with the decided directive of educating future

's to gain a higher level of understanding that will give them the confidence to go all in and get on-board. I understand your thoughts in terms of confusion, it’s for that reason to eliminate any confusion that I secured the domain from the phishers that are gobbling up every derivation of Aave or MakerDAO, but for that same point that most ordinary people default to the .com as official, it’s imperative that we share the understanding that with a DAO, like you rightly say, there is no “offical” but rather DAO leads, appointed by the DAO itself.

I would like to see you in our 1hive Cafe call to talk more about this and, understand the scope of what are you trying to do. It seems to me you like DAOs and found thats makerDAO and 1hive an example.

anyway I would like to hear more about this. 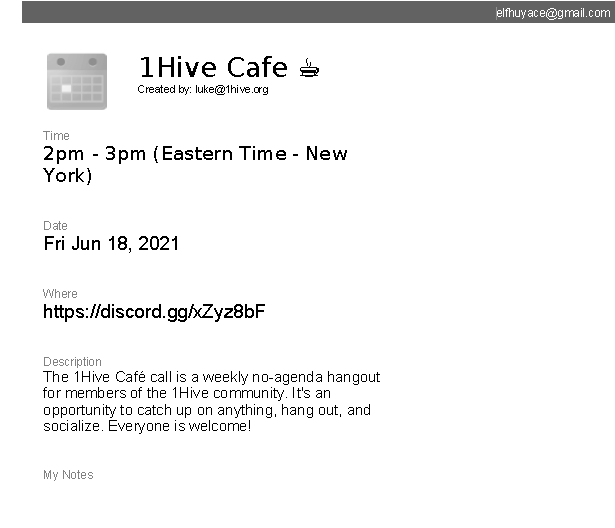 Great talking with @Monstrosity @lkngtn @pab and a dozen others on the discord. I’ll be shifting discussion to the @ceresbzns proposal to build out the swarm. As @lkngtn discussed, having a decentralized distribution of sites like the 1Hive.io, 1Hive.org, 1Hive.com, etc is befitting the distributed nature of the DAO and, in keeping with this and to honor Luke’s request, utilize it for projects specific to the #newbees forthcoming swarm, which I’m excited to get involved with. We’ve got an impressive blockchain enthusiast community of devs, community organizers, social media experts, and I like how everyone can fan out based on their interests and expertise. Would love to have whomever is interested in the push for more 1Hive exposure to take part in the sworm or join me on 1Hive Radio, which is now being built-out.