A few months ago we started to research a new proposal type for Gardens. Here is the initial discussion:

Summary A new proposal type to create flows of funds from Common Pool of Gardens. From our experience on running Conviction Voting on 1Hive for more than a year. We notice that not all funding prop...

Since then we had a few conversations to decide on and plan the initial prototype. Here are the meeting notes:

For the initial prototype we agree on going with a middleware smart contract with the responsibility of:

The initial version of the middleware smart contract can be found here: 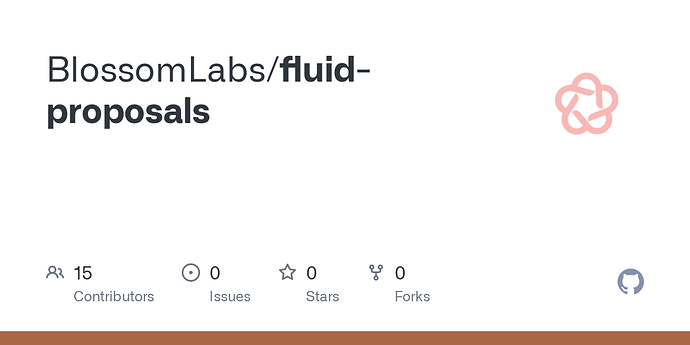 Contribute to BlossomLabs/fluid-proposals development by creating an account on GitHub.

Using the initial middleware contract we started an integration test to check everything was working as expected and we use it to feed potential errors helping to correct the initial version of the smart contract.

We detailed the steps taken during the integration test in the following document: Fluid Proposals Integration Test

The next steps to keep the experiment going are:

If you are interested in helping the development of this idea answer on the forum thread or ping me on discord.

Everyone interested to try the new Fluid Proposal type here is a preview deployment with the new changes on the Gardens UI: https://gardens-nyz040k42-1hive.vercel.app