I hope you all are doing well.

Updates and Discussion" which we are planning to do every two weeks or so, presenting here the most relevant updates and also some topics we think need to be discussed in relation to the the server. So, without further ado let’s get started.

Minecraft offers cross-platform gameplay for both editions of the game, but in different ways. If you’re playing “Minecraft: Bedrock Edition,” you can play with Windows, PlayStation, Xbox, Switch, and smartphone players. If you’re playing “Minecraft: Java Edition,” you can play with Windows, Mac, and Linux players.

Fortunately, we managed to break these bounds thanks to a proxy protocol that makes connecting to Hivecraft possible even if you are playing on the “Minecraft: Bedrock Edition,” so hopefully you don’t have to pay for the Java edition, if you already have the game on console. However, we are still testing this proxy in case any bugs may arise. 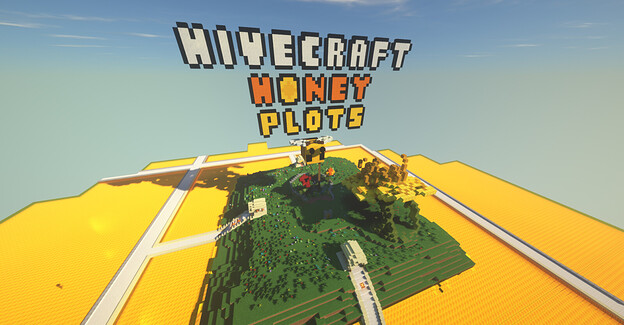 As the title says, honey plots server is completely functional and ready, plot size is 120 x 120 blocks. We have created the nft collection in Unifty, but before minting the nfts we want to discuss some topics about them.

First one being how we are validating users’ plot ownage from their wallets. For now we are planning to use the Collab.land bot in discord and check if the user has a token from the collection address, if so then the bot will assign the user a Honey Plot Owner role in discord. The Minecraft Helper Bee will detect this and give the user permission to claim 1 plot in-game.

This system is currently working but it still has its flaws; for example: the fact that collab land only assigns roles in discord depending on your balance of a certain token limits us to these options: Either we make infinite roles for every amount of plots the user has, or we only allow people to have 1 NFT.

At the moment we are going to limit people to have just one plot NFT for the airdrop at least until we have a way to verify if users have more than one. We have also managed to access the APIs like the Blockscout xDai API, Coingecko’s, etc. we can now print values such as balances and token prices in minecraft, linking addresses to players is possible as well.

The only thing would be to verify that the address is actually the one of the user. We could try and fork collab.land, at least the system which links wallets and discord users. So if you have some tech knowledge in web3 dev you could join us in the development of this essential tool we want to make for the server.

The second topic we would like to discuss would be the price for each plot, we had the idea to make them really cheap, like 5-10 usd in hny, but still want to hear what you guys think.

Finally, as an announcement, we are planning on making an airdrop of plots nfts to every member of the Hivecraft discord server this Friday, June 4th. The dynamics will be the following: 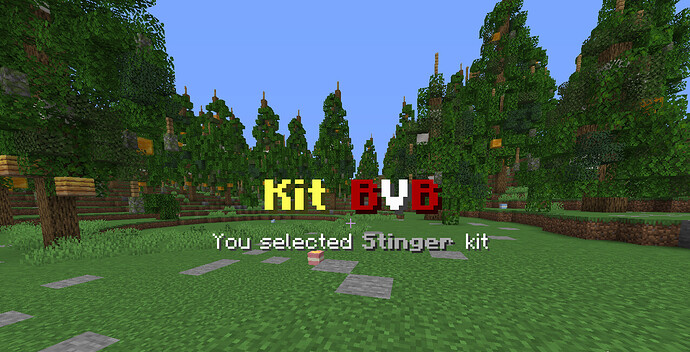 To finish developing the game we are missing the code for the shop, as well as the abilities for the kits. Everything else works for now, kits are still very simple but functional. We will post in the discord server when it’s ready.

For the Hivecraft survival:
Development of dialogues and quest scripts of the 10 npcs has started, we currently have finished writing two of them, specifically the Bee Priest and the Blacksmith.

Damn such a bunch of information here.

The second topic we would like to discuss would be the price for each plot, we had the idea to make them really cheap, like 5-10 usd in hny, but still want to hear what you guys think

This is repeated btw.
Well I will ask you things in the discord server about the airdrop and how the collab land bot works for getting one of those plots.
Thank you @ComandoBurrito . And all the staff working on this.
Also hehe my category has seen its first post! hoorray!!!

@ComandoBurrito @erminio guys seriously great work. I sort of remember it was just a few days ago that you made the proposal to work on Hivecraft. Its great to see such good progress and engagement with the community. I have tried to connect with my switch but did not really get enough time to play. I think I will need to put some time away to try the server out.
Hope to see more juicy updates. Would also be helpful if you could expand on the airdrop situation for non-gamers like me …lol… I would love to get an NFT but unsure if I am able to follow your instructions in the post. May be you could expand on this in the Discord announcements! Thanks

Nice job guys just keep it up with this work def will be some unique concept - crypto/fun(game/.
Also what I saw you mentioning hivecraft discord server maybe Idk whats the best situation - creating section for game on 1hive server or just provide then link from hivecraft server.

@ComandoBurrito @erminio excellent to read all this, I congratulate you for your great effort and great work.

Wow this is sooo cool. I still haven’t gotten off my old man rocking chair to figure out how to play, but I can feel the excitement building, and of course, want to secure my own plot. I couldn’t find the Hivecraft Discord server right away, so thought I would post it here for folks that are having the same trouble. 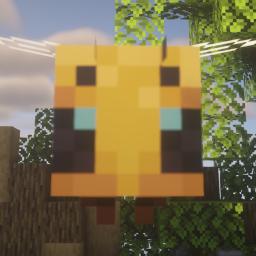 Check out the Hivecraft community on Discord - hang out with 48 other members and enjoy free voice and text chat.

I am off to check out the on-boarding channel now.

Hey just signed up looking forward to it

this may be the first time in, literally, years, that i will be playing a game.

My deepest congrats, so far this is coming along nicely, smoothly, and quickly!

Glad to see it is Minecraft and not Fortnite… XD

Fortunately, we managed to break these bounds thanks to a proxy protocol that makes connecting to Hivecraft possible even if you are playing on the “Minecraft: Bedrock Edition,” so hopefully you don’t have to pay for the Java edition, if you already have the game on console.

Believe it or not, i am really sick because i bought both Smartphone and Java edition. Though i already know i can join from one of both edition, i still wanted to buy Java edition after having the smartphone edition. The main reason of buying both edition because both edition have their own strengths and weaknesses. I also want to know what the consequences in NFT plot validation system if the user is having accounts on many editions is.

There’s no reason to worry about it, most of the interactions to link minecraft, discord, and your metamask address goes smoothly; the only thing we are preventing and fixing is a possible incompability between the Bedrock and the Java UUIDs (Universally unique identifier) because we think there’s a chance this could cause problems linking minecraft with discord.

I recommend you to read some of the discord server guides, we are also planning to make some new guides for the most frequent questions.

Thanks for this. I got all setup yesterday, and it was a pretty painless process connecting the Java edition with the Discord.

The only painful part was getting blown up by creepers a bunch of times and running around for hours fist-fighting Zombies. I’m looking forward to being able to mine things, collect items and build/craft things. I am really just learning all this for the first time.

This is a detailed update with lots of exciting information. Thanks to the Hivecraft time big-time for all this work. Must be millions of hours coding…
I am stoked to have a place to buzz around and run into community members. See everybody in the hive.

@ComandoBurrito @erminio Great job dudes.
I played the HiveCraft three or four days ago and i really enjoyed it.
I’m sure it has a bright future so keep up the good work.

@ComandoBurrito @erminio install Minecraft on my phone, the question is how do I access hivecraft now? I must download something specific for it, they have a tutorial or guide

Here’s the link to check the #

-how-to-join channel, there are some useful info and if u still having a problem you could ask anyone in the hivecraft server

Check out the Hivecraft community on Discord - hang out with 60 other members and enjoy free voice and text chat.

@ComandoBurrito enter, add the server and it tells me connection expired? they enable it at specific times or as it is, I have never used minecraft!

OMG a monster has been created and its name is

Huge props to @erminio @ComandoBurrito and probably many others behind the scenes🙌 I am never going to get work done now…or maybe I can farm out hivecraft building services- Need a castle? Call 1 800 blazingthirdeye for a free quote! Haha just joshing of course. For now. (Actually call Durgadas heh heh)

To those who are unfamiliar with Minecraft it is like lego but with infinite blocks of infinite designs. You can build pretty much anything. At least this is what the kids tell me. I have watched them play for years. Some of the worlds are just stunning, as others have said. I think someone made a Harry Potter minecraft castle with proper specs and scaling. Maybe it was some other famous castle. Point is, engineering architecting tinkering types can have a lot of fun with the potential.

What site should we use to download hiveCraft so that we can use and enjoy this game?