Hi! This is the proposal for the Minecraft 1Hive community server. We made a post a few weeks ago presenting a general idea of what me and @ComandoBurrito had been doing these past few weeks since metafest; a Minecraft server for the 1Hive DAO. Here is the link if you want to check it out: 1Hive Minecraft Blockchain Server.

We propose to develop an entire 1Hive-themed java Minecraft server and linking blockchain assets into it to bring a new and unique experience not only meant for playing, but also as a form of virtual space where crypto and gaming communities can converge wonderfully.

We would like to divide the process in two parts of the server´s development:

The first part will be the minecraft server set up part, and it will consist of the whole set up and customization of all the plugins and servers, the coding and writing of the npcs dialogues, guides and quests; and minigames, etc.

The second part will be the blockchain link setup. Enjin has recently started the deployment in jumpnet, a chain similar to xDai (in terms of gas fee prices and fast transactions). Enjin could be the way to go to bring NFTs and blockchain interaction to the minecraft server, but since it is a private net we think there could be a better way to mix blockchain technology with minecraft, and maybe in the xDai chain. A fork of enjin mixing it with the on-going project in 1hive of Cannon will be a great addition to this kind of blockchain and gaming interaction in 1Hive.

The hub will be the place where players will spawn, this place will have portals to teleport into each of the realms of the modalities of the server (as it currently has). This place will have some rooms with information about 1Hive and its projects, about the server, an nft gallery, and maybe in the future offer exposure to other daos and projects. As you enter the first thing you see will be a helper bee, an NPC that will offer you help as it will give you a guide with the basics about the server. It will also offer you a tour through the hub map and give you a brief explanation about the rooms.

A server with plots where the player can build whatever they want in it, within the limits of the plot. Every player will be given one plot for free, we will be selling extra plots as NFTs. There will be a voting system where players will be able to vote for the plot they like the most, what will be done with the most voted plots, it’s still to be decided, any suggestion is accepted.

A PvP minigames server. Currently developing three minigames: KitPvP, Survival Games, Honeyblock (for more information about this minigames check the link above). Players will be able to win points by winning and playing these minigames. The minigame honeyblock is the only one being developed from scratch.

The main gamemode of the server, it will consist of a minecraft survival with rpg elements: a small decentralized town of bees full of npcs, a main and side quests revolving around a small narrative, plots in the town that the players will be able to buy and build their home in, as well as put up bounties and quests for other players to make, and a simple economic system the town will adopt with the currency named honey (this currency will be equal to all the points gained in all the other server modalities).

Every npc in the server, as well as the minigame honeyblock, will be coded in the denizen scripting language.

To this date the server is being hosted as only 1 server with all the plugins, worlds and modalities. This gives a result of several bugs and lag spikes popping out, for this to work optimally, each modality needs its own server all linked with a bungeecord proxy with the domain: minecraft.1Hive.org. With a total of at least 4 servers.

Fortunately we have already set up a discord channel thanks to @lkngtn within 1Hive Discord server, we will use it to constantly receive feedback and ideas from the community, share updates, announcements and the overall experience of the users, besides this, we will also make a discord bot that connects in-game features and mechanics with this discord chat, we are still exploring the possibilities of this and any idea or feedback will be well received.

Before we talk about the possible NFT uses, we have to mention that the system/process to use minecraft to interact with an ethereum side chain is still a work in progress. Our main idea is to build a system in which in-game points earned by players in the server are directly connected to a token or points of a honey staking system. As we have previously stated, a fork of the enjin platform mixed with Cannon could be a great way to do this, we are still doing research and considering in the near future making a proposal for this. In the meantime, we have already considered putting them on a marketplace like Cargo Marketplace (Cargo), and lastly we just want to remain open to suggestions and further questions about this section of the project. It will all be clarified and discussed in the #hivecraft🧱 channel on 1Hive discord server.

Over the course of these weeks, we have been thinking of countless uses for NFTs in minecraft some of them could be: 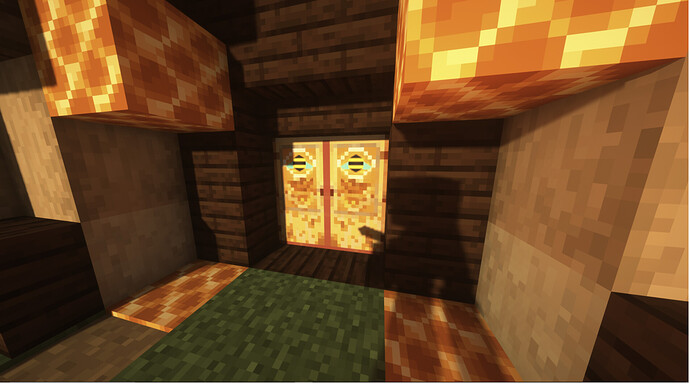 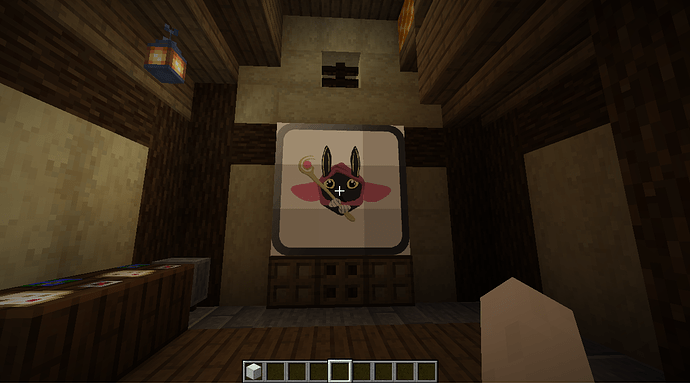 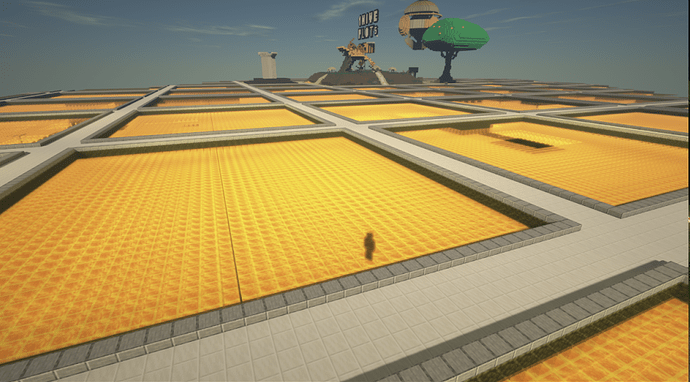 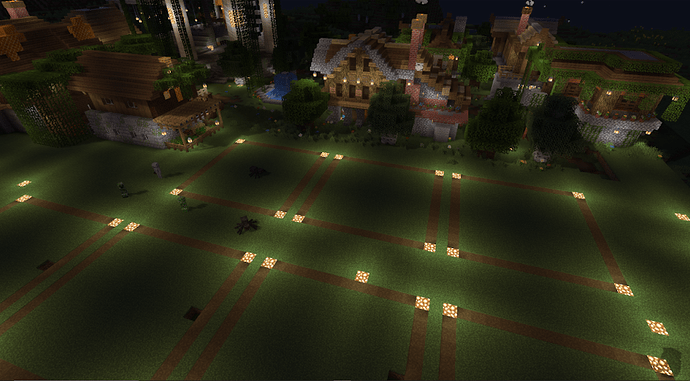 We consider this as a really innovative and unprecedented feature. First of all, as we have said before, due to our current global situation of the covid 19 and 1hive being a dao with lots of people from different countries, we believed this could turn in a really cool online virtual space for all of us and many more to interact with each other. We can either host events of exposure and demonstration for projects from 1Hive and even other DAOs, establish a crypto gaming community in 1hive to start connecting to the other DAOs where players will be trading minecraft 1Hive themed NFTs within the server using cryptocurrency (through xDai chain in best case scenario). And lastly, all of these combined could also bring more awareness to minecraft players about 1Hive and crypto bringing at the same time more interactions in the xDai chain.

And, of course, we could be one of the first if not the first P2E (Play-to-earn) servers/games of the current era. Also It will be just too cool to have your own 1Hive playable NFTs in minecraft.

Given the fact that the basics of the server are already in functionality, an approximate time of three to four weeks will be needed to finish the whole setup for the server, all the npcs coded and written, the setup for the minigames, and the rest of buildings that are needed, as well as a decent amount of nfts such as items and decorative blocks to launch with.

@Erminio and @ComandoBurrito will be in charge of distributing the funds, also to maintain the server and to supervise all the development.

@Erminio will be in charge of writing for the NPCs dialogues, quests and story, as well as coding them with the help of some denizen professional scripters.

@ComandoBurrito will be in charge of the onboarding guides, general server setup and NFT/crypto R&D (research and development) for future implementation

@Erminio was in charge of the server for the posadelic music festival in minecraft, sponsored by 1hive. Server setup and building director. Also several other servers in the past and minecraft modding experience.

@ComandoBurrito has worked as an admin and moderator on many minecraft servers before, plugins and setup and installation.

@erminio @ComandoBurrito this is one of the most detailed proposals I have seen written up. The amount of effort you guys have put into this and the previous post almost makes me want to learn how to play this game and be involved! Will definitely support your enthusiasm at building this!

Nice to see proposal for this interesting idea. I just want to ask what will be monthly costs for keeping running server online and other stuffs ? Is this only cost for running server
Server hosting first checkout 160 usd first quarter (3 months)
What’s the calculation for next 3 - 5 months ?

A well thought out and well put proposal. All the best guys.

A well thought out and well put proposal. All the best guys.

I had zero interest in Minecraft until Posadelic, and now I absolutely will get Minecrafted up. 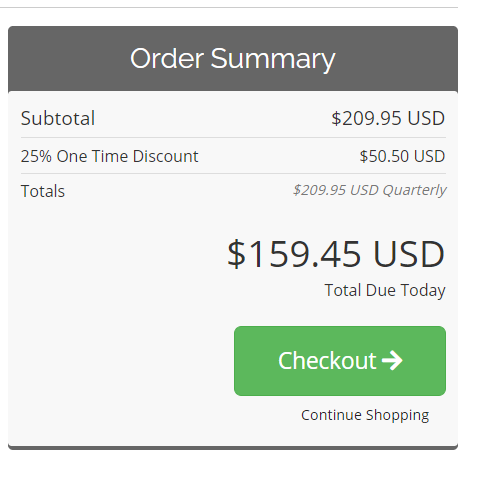 Hey @erminio @ComandoBurrito thanks for the detailed proposal. Would like to suggest using an Aragon organization on xDai to manage the funds with more transparency, instead of a personal address. For example the organization we are using for the Gardens swarm.

I’m happy to jump on a call to help with the setup if that’s something you want to do.

Yeah, sure man! Should we create a new proposal in the honey pot, or is there a way to change it?
If you could help us we are willing to do it. When are you available? our timezone is PST.

and we really appreciate always the feedback <3

lol Minecraft is going to be great for getting gamers into the crypto market, just make some kind of pvp tournament and get some HNY reward and talk with minecraft youtubers possibly and you’ve got a business lmao

hi just want to remind u this proposal still if someone want to read about or help us send to any friend u have in 1Hive, greetings

Very interesting and original proposal, thanks for submitting it.
I’m still learning more about Aragon voting and about how minecraft can be decentralized, and I definitely prefer as much of a decentralized approach as possible with most things, so excuse the n00b questions.

On the 1hive interface, it says this proposal won’t pass because not enough HNY is staked for it.

Is staking something the proposal creator needs to do to make a proposal active?
I’m curious why other people would be allowed to vote / contribute their HNY to an inactive proposal.
If anyone can share any insights, I’d be appreciative.

Hey @cryptogoth … From my understanding each funding proposal has to achieve support from a minimum amount of total Honey supply to be ‘Passed’ and hence the requested HNY from the common pool allocated to that proposal.

So currently we need as shown from your screen shot 84.56 HNY to support this proposal for it to be passed and the project receiving the 17 HNY requested from the common pool. Supporting this proposal does not lock your HNY really. Its conviction voting where you show support based on the HNY you have and the time you leave it in favour of the proposal. Read about conviction voting here https://wiki.1hive.org/projects/honey/distribution#conviction-voting

Anyone interested in doing this with Minetest, the community-driven, open-source voxel game? I’m working on building a governance framework for it in Lua: Media Enterprise Design Lab / modpol · GitLab

im not very informed about minetest, i have it downloaded and heard of it many times as a sort of engine for minecraft clones and found it really cool. Still havent got in touch with it that much

It’s fun to hack with!