“Gm” Everyone!! I am hoping that some of you that are reading this have participated or heard about the xDAI Punks that launched a few days ago or have been involved in the broader NFT scene across the crypto world. I have not been around xDAI much lately as its getting increasingly difficult to keep up to date on everything that is happening around crypto, but in terms of trends PFP projects are really kicking off and I have to admit it took me a while to understand their perceived value.

I guess I started off as a non-believer (I am an eternal pessimistic!! What can I say!!) and asking questions like “I can copy paste that jpeg”. I started to then understand that I can take a picture or make a fake of any original art, but that does not mean that the fake now is somehow as valuable as the original. I guess there is also the element of flex which is all around us in real life. I think of anything that is ‘branded’ and how it has a higher value from something that is similar in utility but just not branded. An easy to explain example I can think of is any of the OG swiss watches, I mean in terms of utility and looks, you could get something that looks better and has more utility i.e a digital watch but still the OG swiss watch costs a ton more than the digital watch. I think this sort of extends to anything that people like to collect and HODL and hence I see why some of these PFPs with the right community, lore and meme values go viral and garner such viral fame and value. I guess what I understand from the current NFT trend is that people will value whatever they think is cool and judging the ‘whatever’ based on face value will just keep people from exploring stuff outside the box!

All of this and the PFP trend overall on ETH main net and other L1 and L2 chains made me think that we could really do something cool here in xDAI with the 1Hive community. I mean we have one of the most awesome communities here and we are an OG DAO that have survived a few knocks!

This is just an idea and I welcome all sorts of constructive criticism.

Idea Summary
1. PFP project with code based on a well-known fork (to avoid duplication of effort and minimize security risks)
2. Original ART, could be AI generated - as long as we can provide proof of work - i.e not just a clone like xDAI punks (again this is my assessment - I have not really dug into xDAI punks but on face value it seems to clone the original PUNK project. Although I have word from @theseeker that the dev has more coming).
3. Fixed mint number.
4. Lore / memetic value connected to the ART
5. Could this be like super cool bees - random generated - based on various traits giving it different levels of rarity.
6. I think we could generate different classes of bees either based on ranks in the Hive or may be different species or a combination
7. Cool traits like
a. Antennae
b. Eyes
c. Body art
d. Wings
e. Stinger
f. Arms/legs
8. Could this be part of Canon?
9. We could drop these to Honey HODLERs, active discord members with healthy cred, or may be just do a fair launch and let them be minted for free and see how a market and community develops around them.

I do not have enough technical knowledge on what it may take to get something like this rolling and how we could minimize effort but still come up with a high quality, memetic art project. Welcome all ideas and may be a swarm could be formed if there is enough interest in here. I will drop a link to this in the #find-a-task channel on discord to see if anyone there may get interested.
I think it will be cool if there is some Jr Devs and artists that is starting here in the 1Hive and would like to get this going as a side project! I know we have a lots of cool artists, so tagging a few OGs and artists (I am sorry for the ping just want to get some traction on this idea if its worth it!) I know to see what kind of responses this thread receives.

I could not tag the artist community in the Original Post that I have closely worked with or know of, so here it is @Rohekbenitez @harsh24 @Gigadig @blackhawk @pab @eenti

One interesting project that did something similar to this was Badger. They first created PFPs for core members in discord or anyone that wanted one, and are now building on top and creating use cases for them.

I know a couple people I could bring in to help on this as well that have had experience in creating generative NFT projects if you want. I can help out with the marketing piece or w/e you want. Ideally we’d want to move decently fast, get a proposal up for funding and build something out. I’d be down to help you out with that! I’m Absolute Unit in the 1Hive discord.

Hey mate, I have seen you around enough and know that you are always active and keen on contributing!!.. absolutely love it that you offered to help. Like I said in the post, I am not technically adept but down to brainstorm, help out where I can. Not sure if I can run it, but would like to see if anyone more technically sound could take it up as a fun project and let me contribute. If you think this is something that you can do, please go for it. I was not really thinking about asking for funding as it will slow us down. Thats why I was hoping there was community members that could sort of do this like a side project even if it’s not at blazing speed. More like a fun project which could evolve and if needed in the future look for funding from the hive. Just my thoughts though. Open for more comments and suggestions! I am down for having a chat/ catchup on discord at a suitable time and see where we go as well.

I would love to provide art pieces to this project, just ping me in discord and I will do my best.

Could this be part of Canon?

Particularly interested in this bit, I think it’s worth exploring and would be an awesome project to work on.

I could not tag the artist community in the Original Post that I have closely worked with or know of, so here it is @Rohekbenitez @harsh24 @Gigadig @blackhawk @pab @eenti

Thanks for having me in mind, anyways I’m not really a visual artist so there’s not much I can help with in that sense. That being said, if there’s anything I can help with just lmk.

I’d love to participate in this project. Count with me if you create a swarm around it.

I think it could be great to mint 10,000 with a minting cost of 0.1 HNY each that goes directly to the Common Pool. This has the potential to return to the pool 1,000 HNY!

I would love to provide art pieces to this project, just ping me in discord and I will do my best.

@Gigadig thanks for the offer. Will def get in contact if we get this rolling.

Particularly interested in this bit, I think it’s worth exploring and would be an awesome project to work on.

eenti, yea i know it would be really cool if its part of Canon, not sure what the Canon swarm thinks though. Either way thanks for offering to help as well.

I’d love to participate in this project. Count with me if you create a swarm around it.

sem… Do you know how I can create a swarm? Would actually like a channel to get things started. Can we keep it to a restricted group at the start to limit noise?

I created a thread in the canon swarm discord channel. Let’s make this proposal a reality

I am very happy and sad at the same time when I see that someone proposed this, I had a chat two months ago about this idea with some beez. Had a hand surgery so could not work on it and also it looked like the PFP avatar scene was too bubbly… I am a little upset that I didn’t propose this=)), but I would be glad to help out as a consultant as I already gave the idea some though already.

This idea is extremely cool and interesting because it can have a really positive impact for Hny! as indicated by @sem :

I think it could be great to mint 10,000 with a minting cost of 0.1 HNY each that goes directly to the Common Pool. This has the potential to return to the pool 1,000 HNY!

@project_uwb You can count on me for anything you need regarding design, I am always willing to create things for 1hive !! And if you create any swarm I will be attentive if you want to include me! I believe that together and if we work as a team in a homogeneous way we can achieve great things!

same here! would love to collab around the art for the different traits

This is an interesting idea!

My brain is literally exploding with NFT Ideas. so I’ve begun learning some smart contracts coding and p5.js for making generative art. I’d love to get involved and start learning by doing I’m gonna follow this thread and try to see if I can’t be useful somehow.
I do have a lot of audio production skills so if that comes into play I can definitely help there

Mate… thanks, looks like you have some cool skills that will come in handy when this idea starts to roll. Please do say hello in Discord and there is a vote out for a suitable time to have the first meeting. Fill it out on discord and hopefully will see you in the first meeting!

good morning brother, The idea is really useful, in particular I am anxious for this to start working, I wish to be able to design things with this great team!

in Discord and there is a vote

in which part of discord, is the vote? 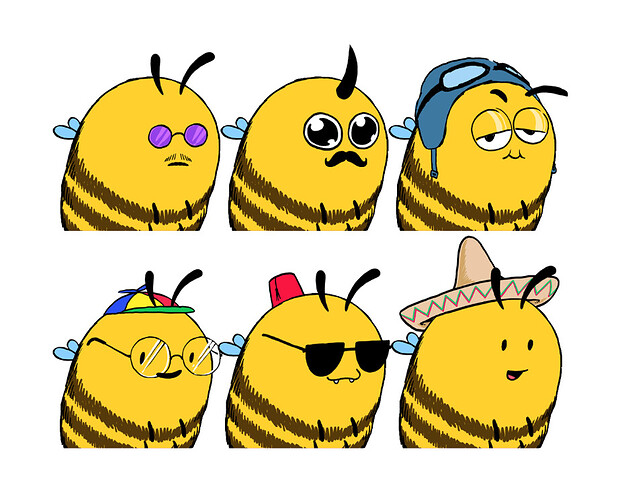 image920×744 158 KB
these are quick sketches made to iterate not really anything clean as u can see - I went w a friendly / cute kind of aesthetic because I feel it fits the community and I like those kinds of collectibles tbh, I may be biased and will take no offense if the community decides to not use this material 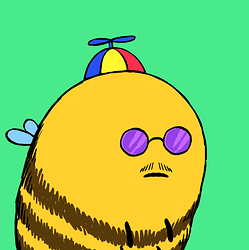 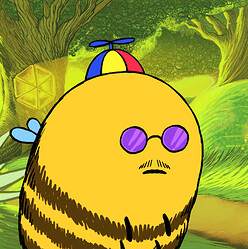 this was made for fun, if anyone wants to add to the traits here’s a screenshot of the template 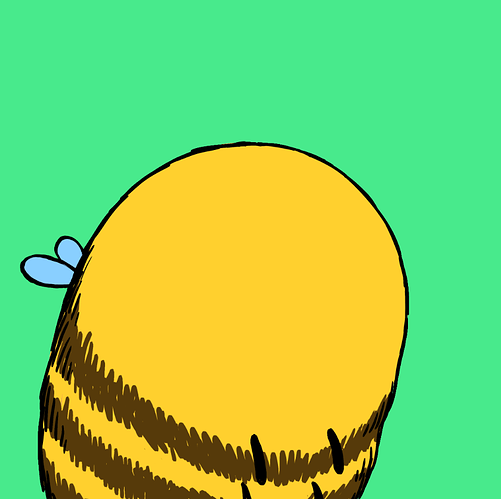 Pab… love the effort… i think these are really cute!! I will post these under the canon thread in discord for others to look at as well! Thanks so much!