I would like to suggest something that might help grow the 1hive community and draw more people to xDai.

Dego Finance is a project that started on ETH main chain 1 year ago, then moved to BSC. They have a large community (60k + Telegram group) and have had a lot of joint campaigns with other projects where you can mint NFTs (for instance HNY + DEGO LP required to mint) that you can use for mining campaigns. They are focused on NFT and gamified DeFi, they have an NFT marketplace called Treasureland, and I was thinking that reaching out to these guys could be interesting, especially since xDai has an NFT bridge.

From the looks of other co-mining campaigns from Dego, I believe they can help us in fascilitating something like this on their platform if we could convice them to move some activity over to xDai chain.

They also run these whitelist events, where people can qualify for NFT drops by fulfilling tasks on social media, so it could be good to spread awareness about xDai and 1hive.

I can provide more info on Dego if people are interested in discussing this.

Maybe someone in this community have connections to get in touch with the Dego team? 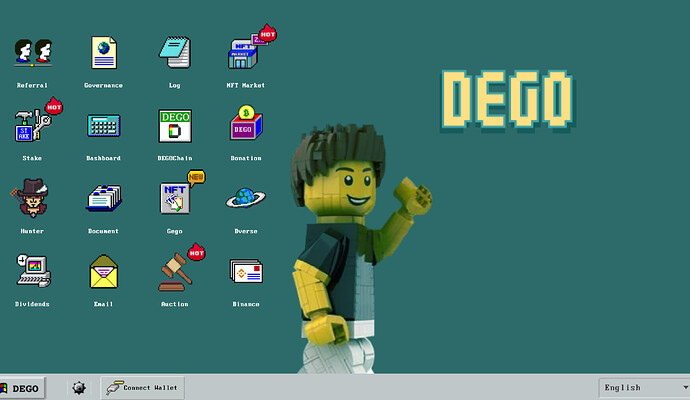 Quite nice. The team would look into it probably!

The rapid growth in cryptocurrency is comparable to a ponzi scheme. People invest into these because they expect good returns. There is no identified source of generating revenue on the investment. A Ponzi scheme is an investment fraud that pays existing investors with funds collected from new investors. The Ponzi scheme organizers often promise to invest your money and generate high returns with little or no risk. … Instead, they use it to pay those who invested earlier and may keep some for th…

@Hallvardo Thanks for this information, let’s consult and have a debate!

I saw this publication and it called my attention to the Nfts theme, I make a call to more experienced people in the crypto world such as @metaverde @twells @project_uwb @Blazingthirdeye what do they think about this proposal and how possible is it to have an approach with DEGO!

Thanks @Hallvardo for the post. I think xDAI does lack a cool/ slick market place for NFTs, and I guess we also need a wallet that displays NFTs … Not sure about projects from BSC though… Could be just me… but not really a fan of BSC … I think from what 1Hive have achieved with 1Hive farms and Gardens, I think we could rip up a NFT market place, launchpad and a wallet all together. May be someone can summon #tulip swarm here for a think!! @ceresbzns do you think this is something 1Hive could consider?

I don’t want to say anything bad about the project because I haven’t checked it but I agree with you, BSC projects fill most of the columns on REKT news. Dego team is anon?

Yes, the Dego team is anon, and I agree about BSC. However, Dego started on ETH mainnet. The reason they moved to BSC was because of high gas fees; you have to cast NFTs, and you might later want to dismantle them, and that consumes lots of gas. They are still on ETH mainnet, and most liquidity is there, but the mining campaigns etc. are running on BSC.

I think they decided to go for BSC because of more users and because it was the easiest in a technological sense. Launch on Polkadot has been on the roadmap since the beginning, as well as launching their own chain and some kind of NFT game expected in Q1 2022:

Another thing on their road map was to launch an NFT marketplace, which they have done.

About Dego’s NFT marketplace, it’s the largest one on BSC, from what I have heard, though not many know that DEGO is the team behind it: 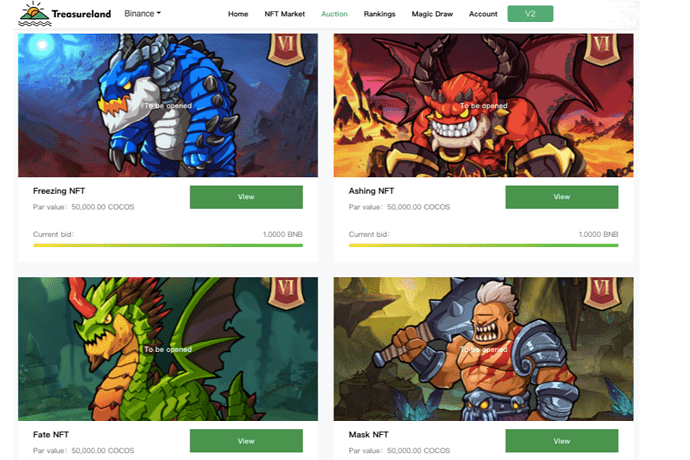 Treasureland - BSC NFT market under DEGO is the largest NFT Trading market on Binance Smart Chain. It has a complete NFT ecosystem including NFT Casting, Mining, Crafting, Auction, Trading, Trading and more. Treasureland will be used in more business...

I remember that dego started with an airdrop in the mainnen, they were nft that could mine, they also did it in the bsc. 1hive insurance can implement a similar strategy.

Do they still mine… haven’t heard of that in bsc

of which, they gave me some nft in bsc also to mine

This could potentially link xDai more into the NFT marketplace if a partnership with DEGO happens! IF!

Regardless of a collaboration with DEGO, I think there might be some good things to learn from their whitelist campaigns, where people tagged and shared stuff about Dego on social media in order to get NFT gifts etc. Great way to grow a community.

I mean, how did a small project like DEGO get a community of 80k in just a couple of months?

I’ve been studying the DEGO community for a while now and I think 1Hive in partnership with them isn’t a bad idea.
DEGO community has seen explosive growth since the launch of DEGO NFT airdrop, with twitter followers reaching 39k and telegram followers reaching 48k within a week. So I think the 1Hive community could learn a thing or two from them also and we can also have a rapid growth in our community.

I do not understand why many do not use the xdai network. if it is so cheap and fast, if xdai has a huge user input our community will grow a lot

with the next network update. that will get better.

Do the actual numbers show that BSC has faster transactions than xDai? In my experience transactions are slower on BSC than on xDai…