Who helped with this application?

How do the NFBeez create value for 1Hive and Honey?

The NFBeez Twitter is buzzing with activity and our engagement rate is SKY HIGH. Metrics from January 1, 2022 and April 30, 2022: 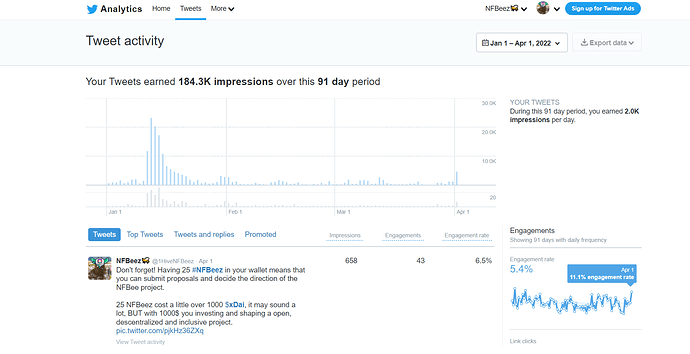 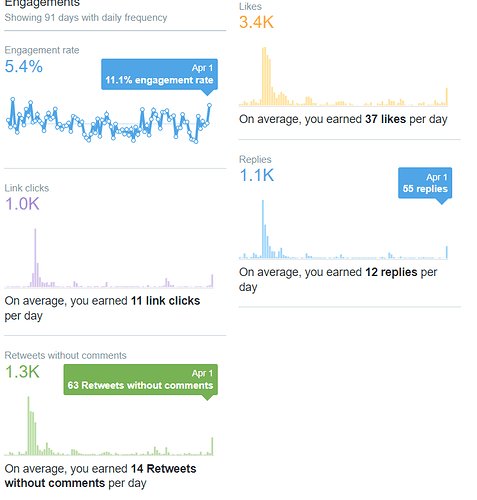 Gnosis Safe or Wallet address funds will go to

Plans for how funds will be distributed.

We will save the funds in our multisig and our community will decide on snapshot how the funds will be used. 50% could be added to the treasury, while the other 50% will be used to pay the people that really put in hard work and continue to

One thing that I really like about it the whole project was when 1hive wanted to do some cross promotions for giveaways. They didn’t have to to use HNY to support that… they used the NFBeez which I thought was pretty cool

Yes, kudos to Buzz Swarm for that