This is the on-chain document everyone signs when they create or challenge a proposal at 1Hive. When a proposal is challenged, a randomly selected jury of Celeste stakers are chosen and tasked with deciding if there was a violation of the Covenant. If they vote to block the proposal no funds are released.

As it is, the document does a pretty good job of laying out 1Hive’s high level purpose and listing actions within the DAO that are OK or not OK, but it doesn’t do a good job at describing the types of proposals that are unacceptable. This is probably the most important part of the Covenant since this is what jurors are looking at when deciding to block a proposal.

This is coming up now since there’s an active Celeste dispute that is quite subjective:
https://gardensdao.eth.limo/#/xdai/garden/0x8ccbeab14b5ac4a431fffc39f4bec4089020a155/proposal/110

I think we should add a section to the Covenant that outlines the types of proposals that should be blocked. Here’s a start that we can work from:

The following are unacceptable for any type of proposal and should be rejected by keepers in Celeste if disputed:

Based on the ongoing conversations with the current dispute, here’s another bullet to add if we agree on banning proposal splitting at 1Hive:

The more specific we can be with the types of proposals that aren’t allowed, the easier life will be for Proposal creators, voters, challengers, and disputers. 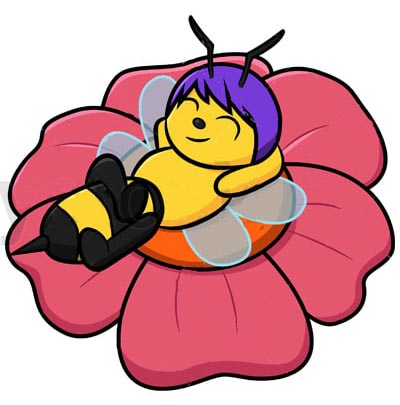 I’d suggest going further and specifying in the Covenant that going forward proposals will be allowed only for some core focus areas, which can be updated from time to time. I understand this may be controversial as limiting experimentation and new projects, but I think it’s important to get 1Hive focused and able to present a clear case for investment.

In December 2021, willjgriff wrote a suggestion entitled, “Aligning on 1Hive direction, Organisational Apps take priority”. In July 2022, lkngtn wrote a suggestion calling to “focus development on 1Hive itself” specifically naming Celeste, Gardens and Quests. However, these have only been suggestions with nothing preventing covenant signatories from making proposals for a very wide range of possibilities although the suggestions were well supported.

The necessary operational activities in support of the core focus areas could be mentioned, such as communications, marketing, support, etc. Edit: Retroactive funding could also be allowed as long as it is for the mentioned areas and activities, or it has created value for HNY.

What do you think?

There has been some more discussion about this in the discord, not sure if you are on there or not. There is also this google doc, where we are discussing and working on possible new drafts of the covenant that could be proposed here 1Hive Covenant Revisited - Google Docs

Personally, I don’t think we need much more in the covenant than a clear statement of intent along the lines of:

1Hive’s goal is to cultivate an impactful, inclusive, and ethical community that is empowered by the Honey protocol and dedicated to develop, support, maintain, and promote public goods in an effort to ensure that together we thrive.

Im not strongly opposed to adding more explicit examples of what types of proposals should or should not be allowed, but I generally think that it’s not necessary, doubly so if the intention would be to occasionally update them.

While I think its valuable for us to consider making changes to important aspects of 1hive like the covenant right now, since we are still very much in an experimental stage and things aren’t really working smoothly yet… overtime I would expect things to stabilize and updating the covenant would not be something to do lightly.

Just my two cents, feel free to get involved in the discussion also on the discord/google doc, the more people and perspectives we get in that process the better.