After going through some criticisms of the xComb Token on Discord, I have come to a productive solution that I feel addresses what I feel has been missing in this current launch.

I’m into getting some feedback on this idea, and then bringing it into a proposal, since I think it will be for the benefit of 1hive, as well as the other DAO projects on both xdai, and polygon.

I’m of the opinion that we need more incentives for long term development of LP Positions, as well as TVL for Borrowing and Lending with Agave.

We will also be needing more interconnected Swarms [as they have in Metagame.]

We also need other projects that don’t exist yet, which add value to one or more of the economies listed above.

These relationships and small experimental projects, as well as any other projects that can be imagined:

We need a culture that prioritizes this building behavior, in order to increase the wealth and amount of ‘robust’ or ‘resilience’ of these economies — this is because standard Degen Speculative plays do not provide this resilience.

I would propose that a token be created, or adopted, and used as a LP Reward Token, which is accessed through a 1hive proposal.

If the answers to these are reasonable, then submit a proposal to 1hive, for access into the 1hive DAO Incubator program.

The consequence of this is that your treasury gets Dual Yield Farming via 1hive.io [honeycomb].

Added Bonus – Everybody can SEE that some people are farming [$whatever] - But, the value is only able to be farmed by DAO treasuries that are actually building and executing projects.

There could even be quarterly reviews [which are used in metagame to protect source cred distribution.]

I feel like there are not enough intra-sidechain DAO collaborations being acted on – compared to what is possible, and that 1hive.io could serve as this nexus, due to its launch on both xdai and polygon.

I also think that if people who previously wanted to use Degen Strategies only – wanted to participate, they would figure out how to build value by bootstrapping a small business – and turning it into a DAO – and that this may end up transforming how people relate to DeFi – as a toolset for building, rather than through more of a degen / ponzinomics lens exclusively. 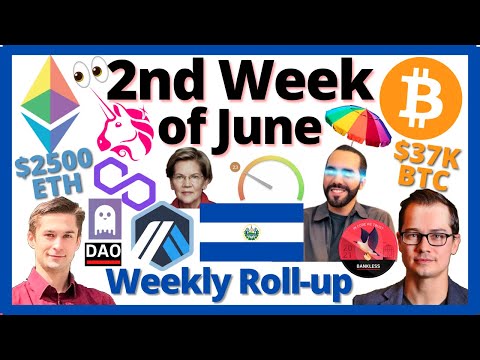 BanklessDAO is incentivized to provide liquidity to PieDAO.

Another iteration in the same vein as my idea above – coming about independently.

These ideas are on point.

I initially dismissed Quickswap as a pure fork of Uniswap. Though as their traction has persisted as the lead or one of the lead AMMs on Polygon, I’ve come to ask myself what really has fueled their success. In my view, what Quickswap has done really well is finding strategic partnerships within the ecosystem, with targeted liquidity mining rewards to incentivize those communities to back Quickswap as well.

If the Honeyswap team and the broader community can tie in these strategic partners, we can effectively create symbiotic relationships with their communities. E.g. if these communities (ROBOT, HAUS) see Honeyswap as the go-to AMM/ecosystem, HS will have a big leg up over QS.

Agree with the points here. Thanks Rootdraws.

This was a low risk, unique play designed by nick mudgen that was attractive to conservative degens.

In addition to this the lp pair was necessary to get mausdc for aavegotchi spirit force.

The spirit force required liquidity for a bunch of different pairs - which was bootstraped by aave and then built out by the aavegotchi gaang — whose server on discord boasts 10k right now.

So you have right place right time and you have significant dev integration and aligned ecosystem incentives with dapp incentives — and an interconnected dapp partnership with utility.

Mixed in with solid tokenomic structure.

And their first move for governance was staking.

Their failure points are that it took them forever to ship even staking.

Which honestly is the same case with agave - due to inconsistent roster of devs committing to execution on time.

There are areas to improve.

But one for sure is deeply integrated partnerships — where projects are launched and built with reliance on that ecosystem.

1hive.io is a great tool collection.

And will be better when agave and further swap and pool integration happens.

But the incentives for degen apes were so painfully shortlived.

It seems like incentivizing the building of small project teams — ran by 1hive members and other daos in the ecosystem — ought to be a more long term - tvl rewarding way to get a couple of those “hits” that were the foundation for QS success.

Plus it helps build the wider ecosystem as well — since all of those other projects also want to incubate small businesses // daos to help their platforms grow.

I think this idea has merit. However, rather than submit a proposal with a large scope, I believe you will achieve greater long term success by finding one willing partner DAO and submitting a proposal for liquidity mining partnership with 1Hive. It will be much easier to pass a proposal when
A) the details are worked out, and
B) the ask (in terms of 1Hive resources) are smaller.

Once success has been demonstrated and the premise validated, that will create the credibility necessary to justify the larger ask associated with your proposed framework.

I have actually been thinking about strategies for promoting both DAO circular economy AND persistent liquidity for unstoppable organizations. I think that there are better solutions for creating a long term liquidity back stop for not just the...

It looks like DAOHaus is already talking with @lkngtn and @luigy about this on their discord.

I also mentioned how I think by focusing on the bridge between DAOHaus, and 1hive – the larger objective of this proposal would be achieved with just one application.

Because in this situation – [Since Polygon also have DAOHaus, and honeycomb farms] – Once the Daohaus Minions are user friendly to interact with 1hive.io – the Gotchi Aarcade Game Developer Club can basically spin up a Daohaus DAO, and then create games that are funded with GHST – like they want to do right now.

Then Funds used to perpetuate and support that group could be funneled into their DAOHaus Minion - and then into the 1hive honeycomb farms on polygon.

I just shared the information with the post in the Gotchi DAO. 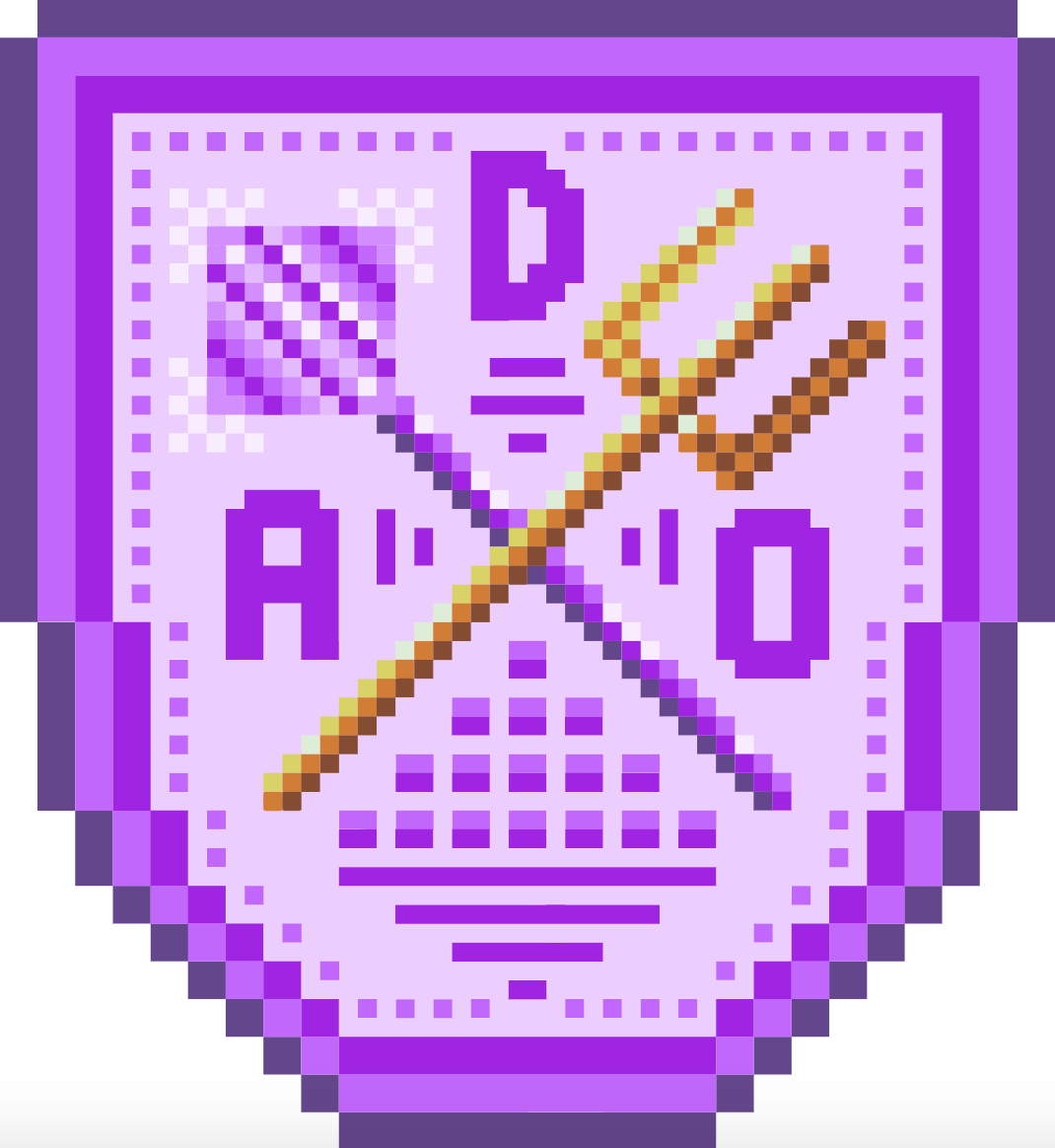 Yup this can definitely be done on the Aavegotchi website. The mini-fee can also be directed to the game-dev’s gotchi pocket. Some of them can also be re-directed to the DAO. I will certainly make a visual map to better illustrate things. Sorry day...

It’s also interesting because DAOHaus already has a handful of other established treasuries.

Given that 1hive and Colony also have a relationship currently with Buzz DAO, and the fact that their token is being released [Soon] – I think it would be easy enough to focus on bridging with the DAOHaus Minion - and then working with Auryn and the Colony Team to hook up Gnosis and Colony as well.

I agree with @ceresbzns - fully on board with the spirit of the post, but it feels too early to decide on the best way to link 1Hive and its Gardens communities.

My hunch is that something much simpler - like ceresbzns demo proposal - would work even better as the standard process. Individual 1Hive proposals can contribute HNY to a Gardens community (either as Honeyswap liquidity or working capital) and in return 1Hive can get a small % of tokens issued by the Garden going forward. That would let us customize how the partnership works for each Garden, and has the same end game of aligning 1Hive and the Garden on creating the most valuable community.

Thats a good garden growth incentive, but it does not link garden treasuries to TVL and it does not help bootstrap these treasuries with any specific incentives beyond what is currently available.

It also misses out on connecting the TVL of treasuries outside of 1hive. - meaning the fact that HNY and gardens are symbiotic does not encourage AGVE or HNY or xCOMB partnerships with daohaus treasuries or colonies or gnosis safes.

Really what im suggesting here is to use honeycomb as a lp farm for daos accross xdai and polygon — while also further incentivizing garden creation, and growing TVL that way.