I propose we port MLN (Melon protocol) (soon to be enzyme) to xDAI and wire up for HoneySwap:
All contracts and UI, and use HONEY as the operating token

Proposal Rationale
This would allow us on xDAI to sell and make shares in decentralized trading funds initially we will only have the liquidity from honeyswap but each day more volume is added to the exchange.

Expected duration or delivery date (if applicable):
I have been playing around with contracts and the UI and i can get this fully done in around 1 weeks work time

Lets work this out as a community. 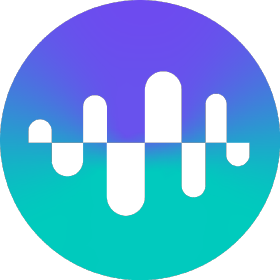 Please vote: [proposal removed until further discussions are made with the community]

Can you please expand more about Melon, and what 1Hive community going to benefits from it.

and what you mean wire it up with HoneySwap.

using Honey token as operating token sound interesting. can you write a bit more the effect that going to make on hny holders

Melon is an Ethereum-based protocol for decentralized on-chain asset management. It is a protocol for people or entities to manage their wealth & the wealth of others within a customizable and safe environment. Melon empowers anyone to set up, manage and invest in customized on-chain investment vehicles.

I currently run a fund on melon but the gas fee’s are killing me with my trade style, this is why xDAI is perfect sure granted the liquidity is not really there yet on honeyswap but its a start.

What i mean by wire it up with honeyswap is to swap out the uniswap support and replace with the honeyswap support due to “porting” from ETH to xDAI.

Potential new name: “Honeydew” (Get it , its a Melon!) 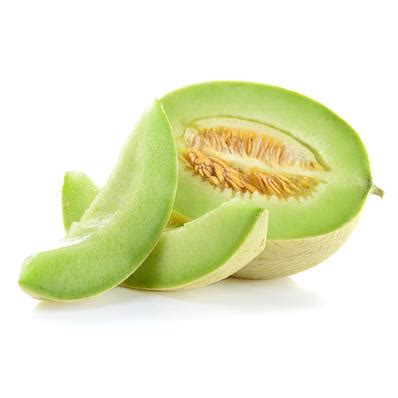 Essentially people can purchase shares into the hedge fund and redeem shares at any time, the share price goes up with the fund price, the fund manager gets paid performance and management fees set by the smart contracts upon deployment, the manager can only trade on exchanges and instruments that have been whitelisted initially that would be honeyswap and just a couple of the instruments with the most liquidity and when more tokens are bridged over more instruments will be added to whitelist.

Attached to the original post is a youtube video that will fully explain Melon to those who do not know about it.

Hi man,
As Boring asked, a bit more info would be nice.

If you can also explain the benefit of this in a way that even non-experts can understand?
I like Melon, but I didn’t really understand what would be happening with this Honeydrew.

Not sure what else to say that is not above sorry

TLDR:
Melon does not exist yet on xDAI that is the purpose of this proposal, “honeydew” is just a cute name that works with the word melon and honey. The benefits is decentralized on-chain asset management on xDAI, day traders can not use MELON on ETH due to for example closing a 1k position will cost 50$ in gas on a good day, but on xDAI using HoneySwap that is not a issue, it allows the fund managers to trade any way they like and not just a glorified way to HODL.

Also it is going to eventually come to xDAI Anyway so may as well make it us who brings it if we use HNY as the token then it will also serve to give more utility to Honey and in turn push up the price.

@scottie Thanks for taking the initiative here, looks like it would be a nice value add to honeyswap and xdai as a whole to have a fork of melon/enzyme running on the network.

I need to do a deeper review of how melon funds work, but is it fair the the following would be true:

Also are shares in a fund tokenized?

and would you intend to replace the Melon “gas” fee mechanism with a new token or would use Honey?

I’m excited to see this and will gladly support it, You mentioned keeping the funds in escrow until the project is complete and launched, but the live proposal has the recipient address as the same as the creator so I’m assuming it would go directly to you as soon as its passed. Is the intention to go ahead and deliver the project, and then ask people to support this proposal? Or do you want to create a new proposal and have the funds sent to a reputable multisig (eg the fauna dao) to serve as an escrow agent?

Excellent work putting this together! I think this is something we can get 1hive community to back. As Luke stated, I would be really be interested in understanding The fee structure and governance.

How can this tie into the 1hive, honeyswap, honey, and agaave. Did you plan on issuing a token?

Users could also opt to participate in a fund run by another user, and that user would management fees from all the assets in the fund?

Governance would be used to manage integrations and tokens, and this is required because the integrations help limit what fund managers can do with users funds?

Yes exactly, the fund manager can trade from any instrument or exchange that the protocol allows (Decentriised and they need to be integrated), this can be done after the fund is launched and also during launch. The governance is needed on the applications level it would be done threw a swarm and would be needed in the future to list new instruments initially it would only be 3 or 4 symbols for that is all that has enough liquidity on honeyswap. No governance is required for the fund manager but after saying that a Aragon plugin could be developed to automate funds threw a DOA.

so a fund is not necessary governed by a DOA but could be, but the protocol its self would have to be.

The fund manager gets paid management and performance fees in the governance token, ideally we would make this HONEY, or a token that governance a new “Swarm” DOA on the xDAI Aragon fork.

Also are shares in a fund tokenized?

Not exactly, the shares in a fund are non-tradable but are pegged to a share of the value of the overall fund and can be redeemed at anytime.

and would you intend to replace the Melon “gas” fee mechanism with a new token or would use Honey?

Possibly the governance token, but ideally it would be HONEY.

You mentioned keeping the funds in escrow …

100% I am ready to close the proposal now and reopen a new one with those guidelines, to be honest i was kinda just testing the system and thought i would use something i planned to work on as a way to “Test”, i am more then keen to get a MVP live even, tbh i don’t really need funds to do this just a little time i more just want to get involved with the community.

I fully understand your sentiment, this was kinda just a test with something i was going to do anyway. After talking to some people i think if i play around and get a MVP then we can just release and see what the community wants to do, no funds will be required for this

The management and performance fees are set individually with each fund and could vary depending on what the fund wants to offer, but investors will not invest into a fund with high fee’s. I was originally thinking to have this as HONEY but maybe it would make more sense to have it as the forks governance token, i hope the reply above explains more. We can immediately tie in with 1hive, honey and agaave immediately firstly by allowing those tokens to trade on the protocol regardless of the initial volume and secondly ideally we would be governed by a 1hive swarm threw the xdao aragon fork in regards to a issuing token well that is up to everyone here should we use HONEY or should we use a “Swarms” governance token ?

Ok guys, I have withdrawn the original proposal and we can discuses this for a little here in the thread or on discord. In the meantime i will play around and make sure the forking process is as straight forward as i imagine, then after we talk a bit and maybe i get a MVP live we as a community can make a new proposal.

Yeah I was too salty so I deleted.
I’m trying to be a kinder gentler more positive Bee.

TLDR: Due to insane contract complexity of Melon this is a no brainer to reach out to the 50 fund managers who have investors of >$5,000 on mainnet. Let those 50 addresses know we have deployed Melon on xdai and fees are less than $1 to create a fund. Extremely small target audience yet potentially big impact.

Just a thought but what about using agaave token whitelisting for governance? I normally am against intertwining this much as it becomes a tangled mess but i would brainstorm out loud.

I originally thought why not just have 0 fees, no revenue whatsoever. But then thought that would require a bunch of work maybe just keep them since I found out the fees are directly related to gas price which is interesting and there are two types of fees.

If you are unfamiliar with Melon Please read and I am curious if you have tried using Melon anytime soon: There are 9 contracts required to create a fund. All 9 contracts cost anywhere between $100-$1000 in fees right now.

The fund manager sets their own fees to whatever they want but they can’t change them after the contract deploys. Not sure exactly what they all mean but there are 3 set by the creator:

I believe this would be a great addition to the 1Hive community. Melon/Enzyme is very well designed. For those of you interested, here’s a long video interview of Mona, the CEO. She goes over most of the functionalities you need to go over when creating a traditional fund, and how Melon/Enzyme have implemented them in a decentralized way. 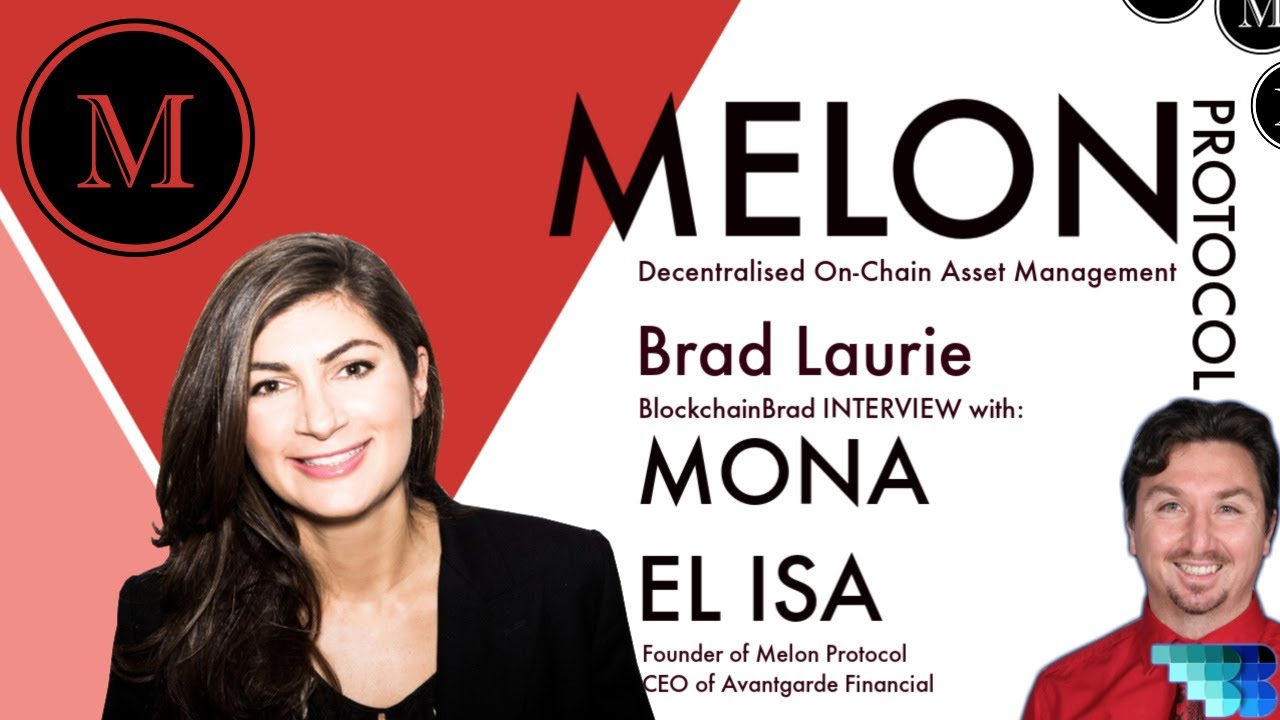 I don’t understand why the fund managers don’t pay to move melon to xDai…?

They would save the dev costs in days.
Or am I missing something?

Even though the gas costs would be reduced, the assets/trades available on xdai are still relatively limited compared to Ethereum. Hopefully as the xdai ecosystem grows (and its definitely growing) that will become less and less of a tradeoff, but right now its definitely not an apples to apples thing.

Right, but us paying someone to develop the protocol for xdai doesn’t solve liquidity issues either.

Why would they do that ?
I mean what so they can trade 3 instruments the one with the most liquidity and volume being HONEY.

We could make a NFT and then send it to all the top fund managers to invite them over, also keep in mind this $6000 cost was only $100 or so when it came out back then the gas was not so ridiculous, so most fund managers paid $100 not $6000.

I do not think you fully understand, i need no funds, i need no payment from you or 1hive in anyway

all i am doing is giving value to you guys not taking it, you seem to not fully understand.

Thanks for taking the time to do some research i truly appreciate it: