Rebasing Honey in migration to Ethereum

Newcomers to crypto often ask do they need to buy a whole of something, typically Bitcoin, which of course they do not but they may have ruled out ever getting involved up to that point because of this expectation.

So in the process of moving Honey from xDai to Ethereum (see the Current Ethereum/Arbitrum Migration Plan) it has been suggested we make the total supply a multiple of it’s current value. Eg instead of the total supply being 30,000 HNY it could be multiplied during the migration by 10,000 (along with everyone’s balances) making it 300,000,000.

To make a decision about which value we should multiply by my personal approach would be to consider what I expect a reasonable valuation of Honey would be once established and target roughly $1 per Honey for that valuation.

With this in mind, what do we all think!? And please share your rationale if you have one. Keep in mind we can only every do this once. Provided Ethereum remains secure there should never be another opportunity to do this.

I haven’t voted yet.
The governance weights are based on % of total supply? So it won’t affect how proposals pass?

How would we evaluate which factor is best?

Also, the multiplier for the first option should be 1 I think.

It won’t effect how proposals pass or decisions are voted on.

And everyone pretend 0 is 1, I can’t update the poll now.

It’s true people like to hold whole coins.
I voted ×100 because I feel like ×1000 would make Honey too cheap.

The 0 made me think it was exponents, right?
I saw what was happening there.
Was more asking than trying to be critical.

Hey @willjgriff i know exactly the feeling of not wanting to get into something when the numbers are big… and I was also ‘for’ fractionalising HNY when someone here proposed to have it broken up into parts.

However when I think more about this, I feel there is fine line where we can make HNY appealing to new users v/s making it look like a cheap coin.

Also what about our Dynamic Supply? From what I understand we have a Dynamic supply (not fixed?)… Please correct me if I am wrong… So with Dynamic Supply how do we go for that magic $1 per HNY or do you mean just in the short term?

How will this impact users in LPs on Honeyswap and Farms? Will it get scaled everywhere? Also what about HNY on other chains like Polygon?

Apologies I probably asked more questions than just trying to choose an option and justify!!!

I have chosen x100 which will I assume take the total supply to around 3,000,000 and dilute the value of HNY to around 3 or 4$ which seems like a good range to be. I guess this will also allow for Supply to expand and hopefully still keep HNY over the $1 mark.

$0.03 is ambitious but may fly under the radar too much
$3 may mean its already over priced if we soley looking it on the premise of $1 being a target pricee

My personal feeling is that it will put people off the community who may have been interested before. Doesn’t matter if people can’t have a whole HNY - they can’t have a whole eth or whole btc either, doesn’t stop people wanting/using btc and eth.

my vote goes for 0. the small supply of hny is very attractive and well known already.

Why do we want to target HNY being $1? HNY isn’t a stable coin and is never intended to be. A new token appearing with 30mil supply on mainnet and token price $0.30c will make honey appear to be another new cashgrab shitcoin, IMO. The majority of people seeing it appear on arbitrum won’t know what 1hive, or possibly even xdai, is and disregard it. My opinion

It’s all psychology. when I go to the store to buy a candy bar I don’t want to pay with 0.003 hny it just doesn’t sit well with people. The dollar is easy to visualize and imagine. Like $5 for a hamburger or 5hny for a hamburger. If someone has to start doing fractions or dramatically deviate from what they are used to doing it’s hard to grasp.

there are plenty of stable coins and people can easily trade hny for it if they wish so. one of the reasons honey is a gem is because it has a small supply and people can speculate around it. on our wiki says “Increasing the value of Honey is an implicit goal of the system and its participants” ( Honey - 1Hive ), interpretation is a bit open here but i believe in either way it wouldnt benefit hny, hny holders, dao members, swarms or 1hive.

This is crypto though, the most common tokens are BTC and ETH, people are more than used to fractions. Unless the goal is to get people to start paying for candy and hamburgers with honey (it isn’t) then don’t make honey worth less than $1. I don’t know who you think is going to suddenly start using Honey on mainnet who is not already familiar with crypto

Relatively new here but I voted 1000x. I don’t think attaching a target to adjust for HNY per $ is going to be necessary with Ethereum per $ expectations shattering ATH’s being forcast in the near future. If that happens then maybe we should see how things play out, but given HNY has surpassed $1000 before I don’t see a problem 1000x rebasing so long as the threshold is passed again soon, and for good (ideally just a general confidence price will never fall below $1000 per unit of HNY). $1000/1000= $1. That would mean rebased HNY would never go under $1. I could live with that.

Are there any other projects that have rebased? Are there known results we can look at to compare or study? If you look at something like Shiba Inu, which btw I think is shitcoin, I had people asking me about it when it first came out that never bought crypto before. They felt is was a great “long shot” lol but that is the sentiment I guess if your very new to crypto. I think if we rebase, go extreme or don’t do anything.

not quite a rebasement, but bantg from yearn created Woofy - a much smaller denomination of YFI (Woofy is pegged to YFI and you are free to convert between the two). If I recall correctly it’s something like 1 million Woofy’s to 1 YFI 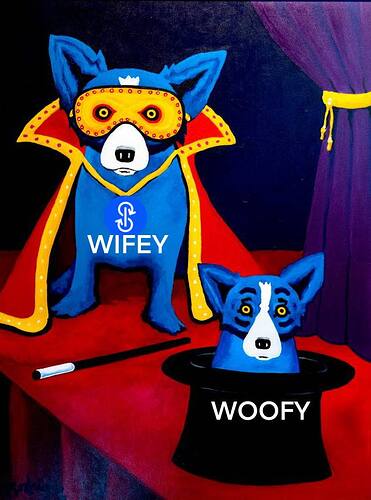 Introducing Woofy The blue dog companion token of Wifey utilizes special Woof technology which allows two-way conversion between the two. That means you can be exposed to a lighthearted dog coin and the DeFi darling blue chip at the same time. https://t.co/cTpzfQvo2c 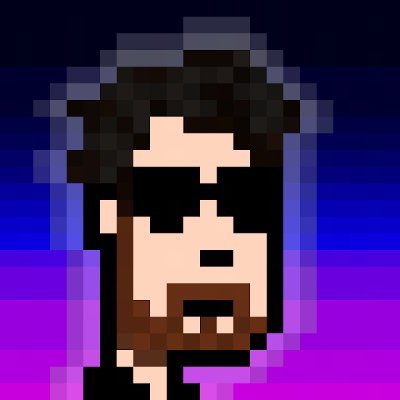 Introducing Woofy The blue dog companion token of Wifey utilizes special Woof technology which allows two-way conversion between the two. That means you can be exposed to a lighthearted dog coin and the DeFi darling blue chip at the same time. http://woofy.finance  pic.twitter.com/rkm4R2AsWo

Short term results were interesting, but it didn’t last 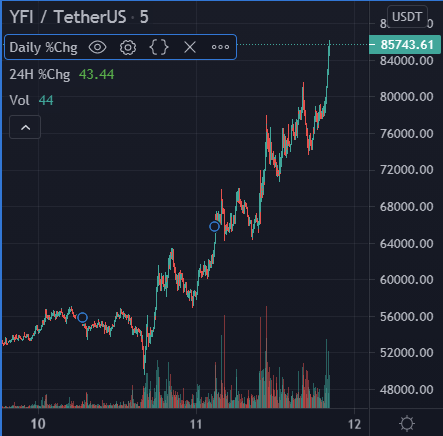 First this can be called a split because that is basically what it is though then this uses a stock term which we might want to avoid.

I honestly went for 100,000 because 1 Billion tokens appears to be a decent number for a project. Should HNY make $1 this means our MC is >$1B at 3B. This whole $1 idea is basically pointless because what one person considers cheap another considers expensive. I personally would rather have people be able to pick up 100,000 HNY (which in my multiplier is 1HNY) and think they got a bargain at .0039USD or $390. Anyone with 10HNY at current will have 1M HNY.

I personally think HNY does better coming in as a penny token than a $1 token. Most of us that hold this will understand and most of us will end up with 100K or over 1M HNY tokens. If we do 100K then this $1 target is a good number for us and will mean a ~300x in price over current which should be achievable with any positive news.

Given SHIB and DOGE is listed on coinbase if there was one thing buzz should be doing is doing anything to get HNY listed on a major exchange. This one event could get us a factor of 10x in price (from .0039 to .039).

Price of the token isn’t really relevant, what is relevant is actual positive progress that leads to a major CEX listing.

This is a great post and raises some things I did not consider. I will leave my vote as 0, but I will be less upset if another option is chosen, thanks

In regards to market cap is what I meant. Yfi is down 60+% from ath too