(Pollen) Rules and a reporting system

I think everyone agrees that the pollen distribution system as it is right now, is far from perfect and easily exploitable by bad actors. I was pretty disappointed on how the last distribution went on, so I concentrated my efforts on coming up with solutions that will make the system fairer, more transparent and harder to exploit.
My first post dealt with how we can fine-tune the Cred System from within ( for those of you who missed it, here ) in order to prevent people of taking advantage of it.
As we all know, no reward system that involves human interaction is foolproof and given time, cheaters will almost always find a way to gain an unfair advantage over the honest users.

I originally planned for my second post to be about setting up the framework for a functioning reporting system. But in order to do that, we have to first define what bad behavior constitutes and there is no better way to do that, than having a set of general rules for taking part in the pollen reward system.
In addition to the rules, we should also clear some of the confusion about what pollen actually is.

1Hive is a community of web3 builders working to improve society using sufficiently decentralized magic internet money as a catalyst. We issue and distribute our community currency, Honey, using conviction voting. Anyone can make proposals, and stake Honey to influence the direction of the project. 1Hive contributors self-organize into swarms, swarms can be related to any project or initiative and can be rewarded in Honey using conviction voting. Some of active swarms are: Gardens - this i…

Examples of behavior that contributes to a positive environment for our community include:

Examples of unacceptable behavior include:

I also want to add. Managing how Pollen reards are distributed isn’t just the right of the community but also a responsibility. Allowing one or more to get rewards for doing nothing or worse being counter prductive to the whole community does a disservice to everyone who are contributing positively.

Thanks for raising this. I agree this is a necessary step, not only for SourceCred but also potentially Celeste. This is a sensible starting point. Having thought about this quite a bit as a member of the SourceCred community (so potentially biased

), I can see some potential issues however around trying to be too specific. Btw, this is not an official SourceCred project stance or anything, just my opinions, which some in the SC community might disagree with.

This may be difficult to enforce. In addition, there will also be legitimate (IMO) uses of pseudonyms. Namely, differing forms of good faith free speech. This is particularly important for minorities and dissidents. Every organization has hierarchy. Add money to that, and you invariably have people currying favor with those at the top with more power and money. This mainly takes the form of self censorship. Which is good up to a point. Group cohesion is good for coordination. Unfortunately, in my personal experience in DAOs and blockchain projects generally, the inequality and self censorship is often worse than meatspace. Studies on the inequality of token distributions (e.g. gini coefficients) back this up. Even in DAOs that espouse free speech as their highest value! This is not due to bad intent. As I explored in an article on reputation systems in DAOs, it is largely (my thesis) an inability to create trust in virtual environments. You essentially have a perfect panopticon, where people at the top control the infrastructure and budget. And work in an adversarial environment where people are continually trying to game them. What do you expect? 1Hive is on the bleeding edge of decentralized governance. Tools like conviction voting and SourceCred hold great potential for decentralization. I think it has the best shot of any project I’ve seen at being truly decentralized. However, we’re tackling some big, hard, unsolved problems here. And we’re just now beginning to test those with real community and value behind them. My default assumption for any DAO with real money is a dystopian panopticon inexorably growing more unequal. Therefore, (sorry for the long tangent), the ability to have multiple pseudonyms is crucial. If you want to speak truth to power, tell an inconvenient truth, point out a flaw in leaderships’ plan (emperor has no clothes) you can’t speak freely with your main pseudonym. That’s not how you move up the hierarchy. Even if in reality you could speak without consequence (and I genuinely believe the leaders of 1Hive respect respectful critique), people will come into this with baggage from every coercive hierarchy they’ve ever worked in. And really, should they believe you when you say it’s different here? 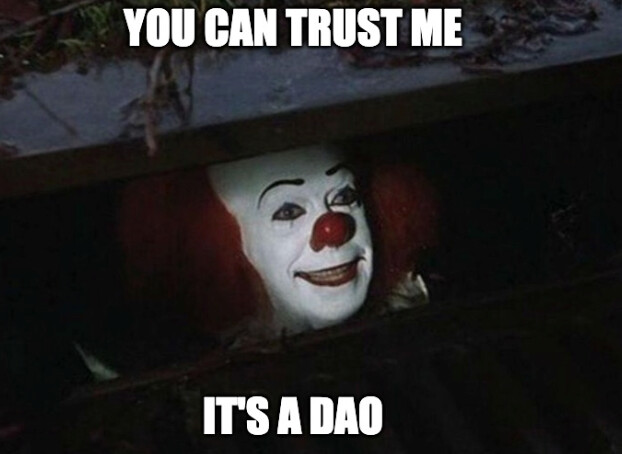 I think there is a reason I can’t think of a social platform that allows pseudonyms and enforces a one pseudonym rule. It’s one account per KCY’d user or pseudonymity.

While blatant like trading, like most examples called out in the Pollen user report thread (which is amazing), is a clear thing to punish, creating hard, specific rules is problematic. I don’t mean to go on another long tangent, but basically telling collusion from collaboration is very subjective. Indeed, such rules could be abused by people in power. Anyone who’s had performance reviews at corporate jobs knows this. 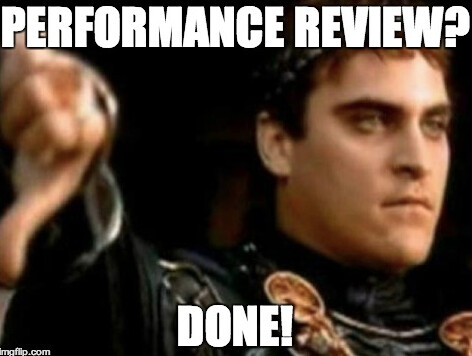 What would people trying to challenge a corrupt power structure look like? Those people liking their own stuff. When you say “regardless of the quality of the content”, I know what you mean, but it’s totally subjective. For instance, I’m fairly new to meme culture myself, and thought some of the ones called out as shit were pretty good actually

Or, at least, I thought a high-velocity stream of content was valuable economically.

You can argue this screws up voting schemes that rely on stable identity (e.g. quadratic voting), but I would argue that pseudonyms that rise to the level of being trusted took enough time and energy and differentiation to count as separate people. Particularly when we have tools such as SourceCred, BrightID, roles, etc. that can quantify trust levels.

A more likely outcome of allowing subjectivity here is you just waste lots of time and emotional energy fighting over grey area cases where friends groups form, generally like each other’s stuff more (as you do naturally, no mal intent needed).

Entering agreements is pretty clear evidence. But when are you going to get that evidence? Spy on their DMs (no privacy)? Meme cops pressuring offenders to make plea deals to turn on their conspirators? Likely, it will be more conjecture and speculation.

This one makes sense. Fwiw, SourceCred essentially sees gaming as a kind of bug bounty program. If you find an exploit, you have actually added value to the system. What makes this OK is that Cred is retrospective. We can change the system such that Cred gained in the exploit is removed. They keep whatever tokens they got paid, but won’t get any more moving forward.

One major advantage of SourceCred here is that it is not trying to be too objective or subjective, but intersubjective. As such, it has the ability to make nuanced distinctions and judgements which cannot be captured by any objective heuristic or rule, as I explore in the examples above. Celeste should also have this property too an extent, if I understand it correctly. Juries of your peers in both cases. This means it could actually just operate on an absolute minimum set of hard rules, plus potentially just the covenant, like @Eth_Man suggests in their comment. Perhaps 1Hive could expand its covenant document to include not just a general statement of values and examples, but a set of clear principles that should not be violated? For instance, in Alcoholics Anonymous (AA), which has existed almost 100 years and is very decentralized, uses its 12 Traditions of AA to resolve disputes (and they happen plenty). The traditions are quite specific, and one can get pretty lawyerly with them on any situation. Or, maybe just toss cases like this to Celeste? Let the community make these distinctions? Would be no shortage of volume

Phew! Apologies for the essay, this just brings up lots of interesting issues I’ve been thinking about.

P.S. just thought of a hard rule that could be enforceable: no plagiarism. If you use someone else’s work without crediting them and get caught, they get any Cred you got from it