What is this thread about?

Over the past few weeks, there have been multiple cases of users abusing the pollen system; From self reacting multiple times to old messages on Discord, to like for like trading. After a lot of discussion on Discord and Discourse, the conclusion was made that having a transparent way of reporting malicious users was feasible. Hence, this thread has been created with the purpose of reporting users who might possibly be abusing pollen, by gaming cred. By having a single thread, we hope to have a clear, uncluttered, and organized way of reporting users. The goal is to be as transparent as possible, everyone can see who is reported.

As taken from here, credit to @therealmo, users who break one of the following rules are abusing the cred system:

1.One account per user policy
An user is not allowed to own and operate multiple accounts*
2.No reactions/likes trading allowed
Entering agreements with other users to like/react each other’s posts is not allowed. Neither is self-reacting.*
Reactions/Likes trading is defined by a pattern of 2 or more users mutually reacting to most or all of each other’s posts, regardless of the quality of the content.*
3. Bug use / Exploits / Manipulation
If you find a bug or exploit in the system, please report it immediately. Those using a bug or exploit to their advantage may risk account deactivation *
4. Breaking any of the decorum rules found here

In order to report a user, it is advised to adhere to the following template:

User to be reported: Provide Discord, Discourse and Github if applicable.
Date on which you noticed the potential user gaming cred:
Which rules are potential user breaking and how?: See the rules above.
Evidence you can provide to support your claim: Evidence could be in the form of screenshots or any other related media.

NOTE: It is required to have explicit and concise evidence that the user is gaming cred. Do not post if you do not have enough evidence! Be polite and never attack another user, even if they are breaking the rules. Stay polite and report the user in a constructive way.

Who decides if I am guilty?

The current process is that users can report potential gamers in a transparent way on this thread. The cases of these reported users can also be discussed by the community members in the pollen channel on Discord. Over the past weeks, we have tried involving the community at a large scale for sensitive matters like these. This has however, not worked out as it quickly became avery chaotic, heated debate, with everyone having different opinions on the matter. Hence, ultimately, the members of the Pollen DAO (@crisog @sem , @befitsandpiper, @Jasper, @luigy, @lkngtn and @Rayne decide whether a user is found guilty or not.

What if I am found guilty?

This is still up for debate, but the initial idea from discussions was to give malicious users the Sus role. This serves as a sort of timeout, meaning that the user is excluded from distributions until proven innocent; Which can be done by appealing.

This thread is still evolving, rules can be modified, the template could be modified, it’s still up for debate.

Current list of de-activated users and the rules they broke:

NOTE: Please use this thread primarily for reporting users. If you want to discuss, go to the following link: here. This is in order to keep this thread organized.

100% agree and I am building cases as I type this

. But I would like to add that we consider a consequence for maybe habitual false allegations… I don’t think anything is needed at this time but just something to think about as this plays out. Thanks Rayne! 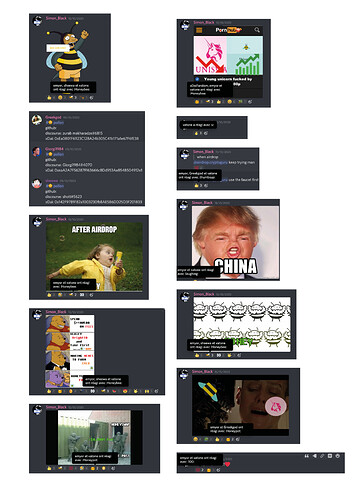 There is a clear pattern on reacts to random messages between this group of users. I do believe that one person own multiple of these accounts but it’s a harder process to prove it.

Note that 4 of these accounts have been created the same day. Most of the posts are on the #memes channel.

I’m reporting this to provide a discussion and would be happy to hear different point of views from other members.

User to be reported : xDaiFandom#0220, xDaiFandom
Date on which you noticed the potential user gaming cred: Sunday November 1st
Which rules are potential user breaking and how?: Potentially operating multiple accounts to spam-like.
Evidence you can provide to support your claim : 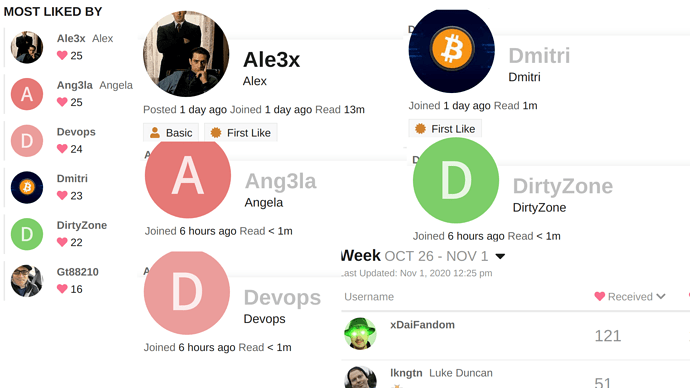 Evidence you can provide to support your claim:
These users posted many pictures in the #design channel on Discord. Often just a stock photo with the 1Hive logo. 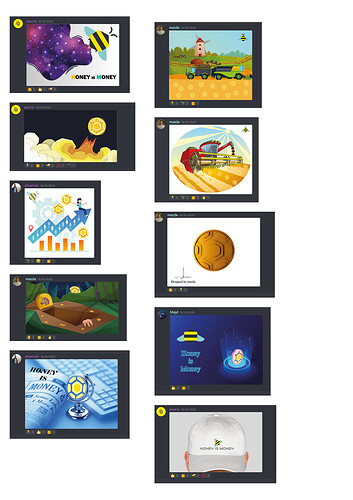 I’m reporting this to provide a discussion and would be happy to hear different point of views from other members.

Users to be reported:
sand3sh (06.10)
buddhaswap (18.10)
In parenthesis, the date on which the user joined our discord.
Date on which you noticed the potential user gaming cred: 25.10.2020
Which rules are potential user breaking and how? 1st rule: Only one account per user allowed

I wanted to add something to it that I just noticed:
Looking at this post from buddhaswap and this one from sand3sh, you can deduct that they both live in the same time zone, have the same theme on their phones and both like to keep their phones silent and on flight mode. Maybe also a coincidence. 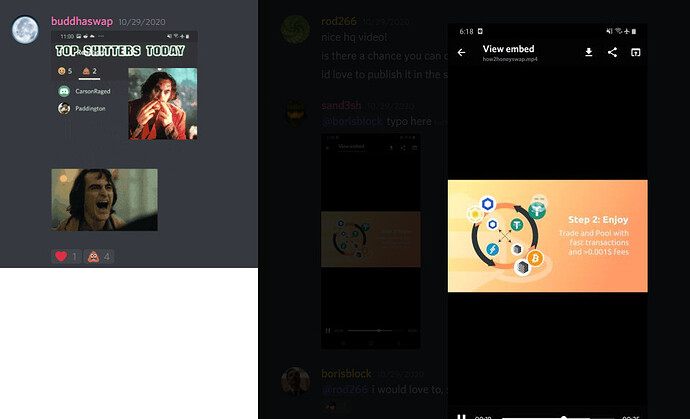 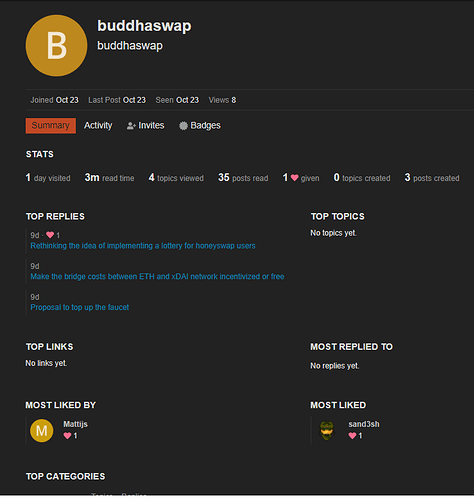 I am just adding more information to Simon_Black’s case.
Those addresses were found on the #onboarding channel.

Users to be reported:

In parenthesis, the date on which the user joined our discord.
Date on which you noticed the potential user gaming cred: 26.10.2020
Which rules are potential user breaking and how?: 2nd rule. No reactions/likes trading allowed or first rule One account per user policy 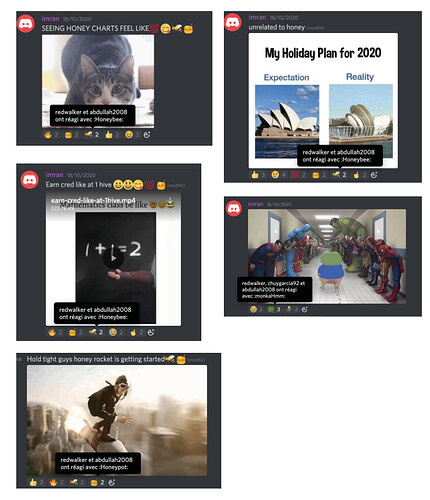 All of these accounts have been deactivated on pollen for now, except for the sand3sh/buddhaswap case which I do not consider strong. These two members appear to be friends, but the cases I see are not of spamming reacts to each other, but essentially normal attention you would expect friends to give each other within a community.

User to be reported : Echo
Date on which you noticed the potential user gaming cred:
Which rules are potential user breaking and how?: Involved with wafey and jacquelyn. still farming cred as shown below they’ve given a substantial amount of likes this week.
Evidence you can provide to support your claim :

Upon further investigation it appears this user just likes a lot on the introduction thread. This user is not a gamer

User to be reported : F-THV
Date on which you noticed the potential user gaming cred: Dates back to thread from Oct 26th
Which rules are potential user breaking and how?:
Evidence you can provide to support your claim : 3 accounts all created 1 day ago at the same time with 20 likes on discourse 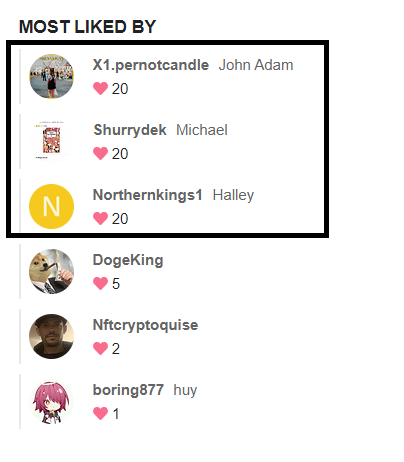 F-THV was disabled last week, and the 3 accounts feeding likes have been removed

Hi. the rules werent clear, and i was just trying to make good material for the community to enjoy

Hi. the rules werent clear, and i was just trying to make good material for the community to enjoy and try to make better that. im newcomer here and in discord too .right now i know what shall i do please its the first time. 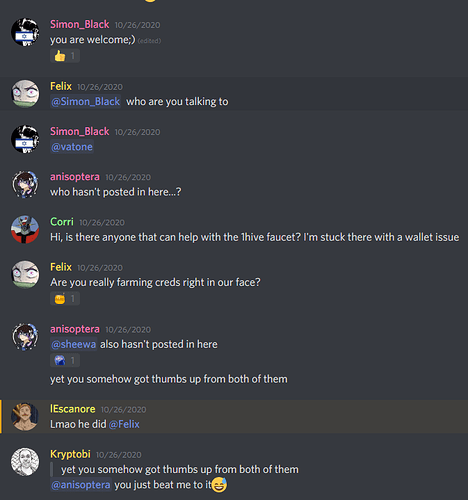 I was there, he did it in my face. I’m sorry but I don’t agree to make him an exception. I support @Felix and @omahs

I will arrange video call with all of the users listed above.

Let me know when you guys are available.

Can someone pull the details with how much hny was distributed to all reported accounts.
It would be interesting to see the reports compared to other members that actually posted help messages, not just memes.

You farmed cred right in front of me, so calm down.

I support this 100%, I’m glad that the community is finally taking action.

Thanks for the suggestion @berserk, here is a table containing some of the recently reported accounts.

*Balance not transfered yet

All the data comes from the livepage.