Unbreakable Vows are private legal contracts that can be created and signed by parties to give legitimacy to peer to peer agreements. In the Harry Potter’s Wizarding World, an unbreakable vow is a type of binding magical contract cast between two parties, that if broken by either party, would result in the imminent death of whoever broke the contract. In the web3 world, the party who breaks the vow only loses some collateral (tokens, NFTs, etc).

This proposal is a follow-up of a previous thread in this forum:

Celeste has been live for many months now but there only have been 3 disputes. I expect that we will see more and more use of it as new gardens (and garden covenants) are created, but still, I don’t think gardens should be the main use of Celeste. It’s concept it’s so interesting that it would be heavily underused if we were only going to use it to dispute votes. I think we should put in the hands of the community the ability to create private contracts that could be resolved using celeste. I’v…

The idea of creating private agreements between people being arbitrated by Celeste received good feedback, so we decided to create a prototype that we presented in Road to Web3 hackathon. 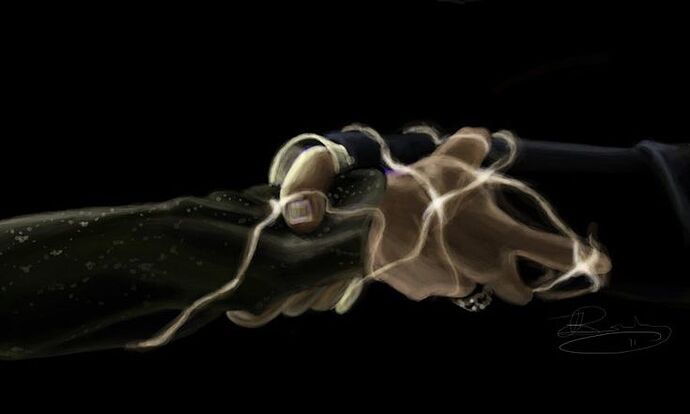 The demo of the prototype can be used here. Unfortunately, the project did not win any relevant price in the hackathon, although it received very good feedback, and we are already talking with some organizations that could be interested in using it to store their agreements.

These are the missing features in order to have a minimum viable product:

After completing them, the product could be widely used by the community.

As I explained in the first forum thread, Celeste is much more than a system to dispute Garden DAO votes. It has the capacity to fulfill the Aragon Network vision to create a cryptographically-enforced jurisdiction in which different parties can agree upon any term and connect it with smart contracts (aka ricardian contracts).

This proposal intends to advance in the direction proposed by Aligning on 1Hive direction, Organisational apps take priority, providing new uses to Celeste, and ultimately providing a new use to the Honey token:

Current efforts to make Celeste more widely used include Gardens […]. Beyond this it has been suggested we liase with other DAO’s or crowdsale platforms to see how we can integrate Celeste into their processes. If we can establish applications that rely on Celeste and are used regularly we will create a sustainable demand for Honey.

We think ricardian contracts are the natural next step for 1hive. They are the missing pieces that connect the people (Garden users) and our arbitration system of preference (Celeste). Quests and Unbreakable Vows are two examples of the systems that can formalize the relations between our users and create a strong relational network of agreements that can help holding our community.

We expect to have a functional minimum viable product and people using it 4 months after the approval of this proposal (around June or July if the proposal passes during the following days).

looks very interesting! thanks for the write up Sem
How will Unbreakable vows take form? Could it be an installable Aragon App? How can it be plugged in easily into a Gardens or other Aragon App for participants to view and create vows?

We will have regular development calls on Wednesdays at 10 am EST - 4 pm CET on the 1hive discord. Everyone invited! We are working with this agenda: Unbreakable Vows agenda - HackMD

Unbreakable Vows will have their own frontend separated from gardens, and we do not envision any integration within the gardens UI, in order to separate responsibilities (gardens manage the common pool funds, unbreakable manages peer-to-peer agreements).

On the other hand, there will be a lot of relation between gardens and unbreakable vows under the hood, as we presumably are going to reuse the dispute resolution system of garden covenants to arbitrate disputes among parties.

In other words, each garden could have unbreakable vows attached to their covenant. In the case of the GIVgarden, for example, the employment agreements of giveth employees could be “extensions” to the covenant. When a dispute arises, it is the giveth covenant with this particular extension what is challenged, providing evidence on a breach on the established terms of the contract.

Unbreakable Vows could also not be attached to any organization, being pure agreements between parties. In this case, the vow would reside in the yet-to-be-properly-named “Unbreakable Vows” garden, which will presumably be the garden with more vows.

The proposal is available in the 1hive gardens for voting. We adjusted the amount of HNY requested to adapt it to the current market fluctuations.

Looks awesome, hope you used or at least checked out the Celeste contracts package I made

Makes it easier to develop and test contracts interfacing and using Celeste.

The disputable API is great, we are using it for another project that uses Celeste and not directly connected to Gardens.

For Unbreakable Vows we want to reuse the infrastructure that is already developed in Gardens to create agreements and dispute them (as I was describing in the previous message). For this reason we probably won’t end up using it, but thanks for the heads up!