What is the Dev Swarm?

Group of developers that are an active part of 1hive, want to be identified as developers and apply to bounties. An army of builders.

What does the Dev Swarm do?

Who can join the Dev Swarm?

Anyone can join the swarm as long as they have one of the skills that we recognize as useful in the swarm. These skills can range from highly technical, such as Solidity Programming, to less technical roles like App Testing. It is expected that Bounties will be more frequent on highly sought after skills such as web app development, javascript, solidity, web3 implementation, and web design.

How to join the Dev Swarm?

To join a Dev swarm, you need to be vouched by members for your skills, there will be an informal meeting to learn your skills and overall level of experience on them. This will allow other swarms to hit you up for the tasks that best suit your skills. That also means we can help you filter the open bounties that are for you.

How to connect 1hive swarms with developers?

Have a bounty webpage that allows ordinary bounties to be placed and filter jobs and users by skills. Also allowing proposals by people without the time or commitment to participate in its execution to delegate to the dev-swarm to find a team to build the project for 1hive.

Teams, Swarm, Individuals that come to the bounty board and post a new bounty can ask for help on discord if they are not sure what they need to get the best team for their project. The bounty can be negotiated with the poster, since it’s up to the dev and poster to define milestones and conditions.

How much will this cost?

On a normal basis the swarm should hold no funds.
However, it may hold funds temporarily for the sake of investing in Swarm related Projects and Events. But it’s recommended to create subgroups or teams to handle those funds and manage those initiatives. For each of these initiatives we will seek independent funding via conviction voting.

What do we need to get Started?

We need first and foremost to establish a group of developers that is willing to be a co-founder of this collective. Once, we create the organization and create a spreadsheet with our skills and preferences, we will have a meeting/chat about this Bounty Board and for an event.
Different teams should be created for each of these proposals. These teams will be responsible for the proposals and shall receive and allocate the funding as they describe in the proposal. This is not a good solution long-term due to paying before delivery. That’s something that should be improved in the future with a more rich organization using something like Colony.

What should we call the Dev Swarm?

Signaling Proposal: https://1hive.org/#/proposal/124
If you like this idea place some honey behind it 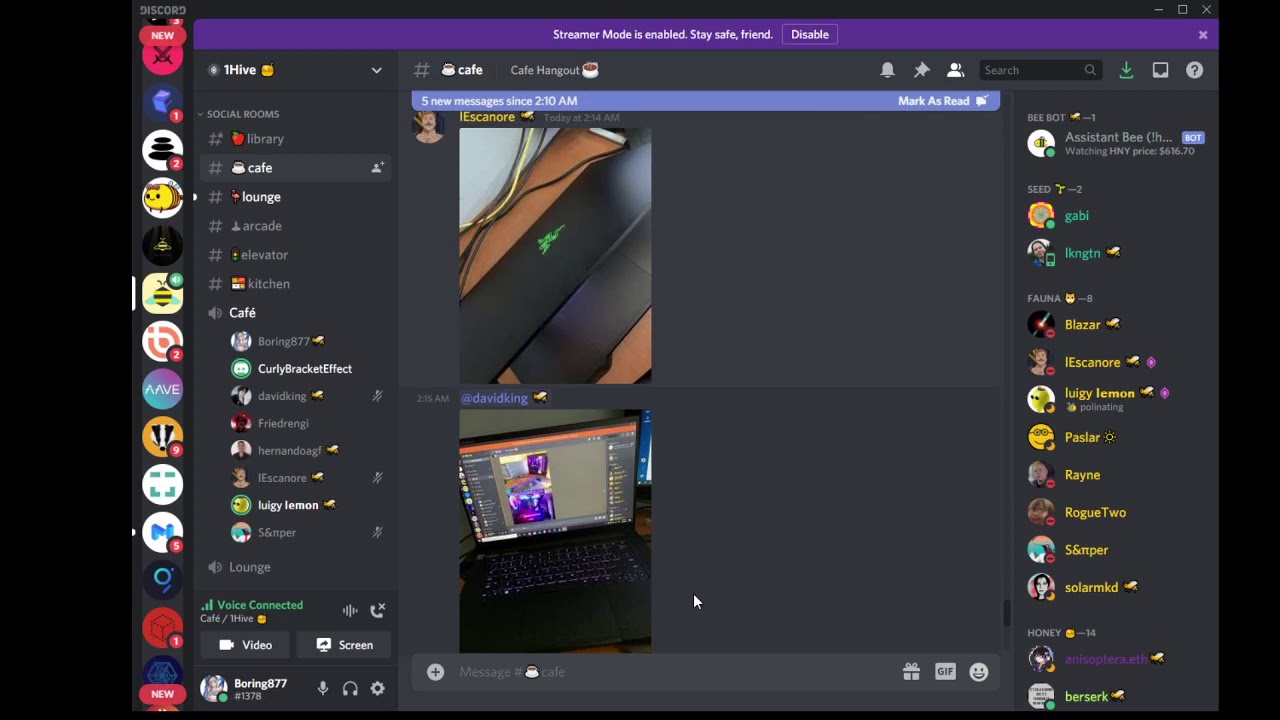 I’m not sure if this should go here or if I should make it a proposal of its own, but these are the thoughts that I was sharing during the meeting fleshed out a little better:

I think the Dev Swarm can act as a sort of “technical committee” that has a better insight on what is possible and what types of skills are required to complete a technical task. Any community member is always free to put forth a proposal, but they themselves may not have the technical know how to implement it. These proposals can be triaged by the dev swarm. It would be up to the dev swarm to come up with a general idea of the skills required to implement the proposal, and to prepare a “job description” type post for the overall community to decide which proposals receive funding. If the community member is a technical person themselves they can submit a proposal with all a detailed plan already, which would save the Dev Swarm time, and can put the proposal up for community vote quicker. Once a proposal has been selected to receive funding through voting, it becomes an open project (perhaps called a “bounty” or a “Community Approved Project”…CAP for short) to be worked on by anyone who wishes to “curate” its completion. The CAP would have treasury funds set aside (locked in a contract?) which would be paid out either in milestone achievement chunks, or as a lump sum upon completion of the bounty. To add accountability to this system a member of the community can attempt to become the curator of a particular proposal by submitting a “Curation Proposal” and depositing some sort of stake to the CAP contract along with their proposed milestone breakdown and how much they wish to be paid out per milestone. The stake for the CAP in my opinion should be a monetary one, but there are some social stake methods that could work as well. Stake options:

In the case that there is more than one person that submits an application to be the curator of a CAP and these parties are not willing to work together on the project (probably not likely but just in case) then the Dev Swarm would be responsible for selecting the person that would be assigned as the curator.

From that point on the curator is responsible for assembling any other team members that they feel they need in order to complete the CAP. They are also responsible for making sure they reach each milestone as set out in the curation proposal. If they do not reach a milestone at the proposed time then they are liable to be slashed for some (25%?) of their stake. Slashed funds go to the treasury for allocation to future projects, or in the case that the curator is fully slashed and removed from the project these funds can be used to increase the reward for the next curator that takes on the CAP. Note that it would be up to the Dev Swarm to keep in touch with the curator to make sure they are being supported by the community, and if unforeseen circumstances arise the Dev Swarm can extend a milestone checkin date. If the curator misses 2 milestone checkins in a row that would be grounds for a slash of the full amount they put up for stake.

In my opinion the above framework works well for those that would like some sort of assurance that they will be paid for a particular task before taking it on. This is in contrast to completing a task in good faith and garnering tips from the community, which of course is also a viable and respectable way of contributing. We were talking about bringing more devs into the space, and there is at least a substantial amount of devs that will only take on a job if they can see what the payout is before starting.

I can understand how it might be prohibitive for some folks to have to put up a financial stake, which is why I think the social stake is an interesting idea. This has the desired effect of ensuring some degree of accountability, while at the same time drawing people to engage with the community if they wish to be “sponsored” by donations or given a grant from the Dev Swarm. Since the slashed funds would go back to the treasury or towards the specific CAP that was not completed, this also ensures the funds continue to fund the common good.

@luigy This is a really great proposal. Any updates on this since the post? I see the signalling proposal but not sure if this was then turned to a funding proposal? I just created a forum post on having a training academy which could sit under this Dev Swarm. Please see link Training Academy - For onboarding and ongoing training
Would be great if you could give some feedback!

Hey, great proposal, I missed it on the pile of posts currently happening on the forum. Would like to help to keep the ball rolling and kickstart the HoneyBuidlers Swarm

I think this swarm could also become a good place to start discussing high-level questions about 1hive dev force. For example: