The Gardens Swarm is moving at full steam getting everything ready for a first phase milestone. In the next couple of weeks we will be rolling out a new version of the 1hive.org website that will allow new communities (i.e Gardens) to leverage the organization design we are using at 1hive.

We made great progress both on the smart contract implementation and data fetching layer. We started to write a series of articles to explain the Gardens narrative. We decided to move to a two weeks sprint and have optional demos every other week.

Due to low activity in the help channels, our one-month funding is also covering our third month.

Here is our current helper rotation:

A new proposal is being prepared for our 4th month. We are expecting more activity in the Help channels due to the launch of agave, the new farms, and agave.

The Morphosis swarm is running the Ethereum Developer Course. We are at the lecture #4 and we still have three more lectures planned. We have plans once we finish with the whole series to move the resources to an interactive website where students can keep learning at their own pace. Stay toon for updates!

We have created a discord server specific for the course, join us here.

We meet every Wednesday 19:00 to 20:30 UTC to discuss the blockers and difficulties of previous lectures.

We have finally released Celeste and the updated 1hive.org website. Celeste currently has about 520 Honey (~$500k) staked to it and has processed it’s first dispute, blocking an attempt by Luigy Lemon to claim Honey from the 1Hive common pool. Although not visible on the UI, 10 Honey has also been deposited into Celeste available as a passive reward for stakers at term 180 to those who staked early enough in the previous 90 terms.

The past month has been one of the busiest for Terra DAO, always at work to provide the community with translations of the most important articles and updates. Every bounty for translations has been claimed and delivered in a very short amount of time. Most translations are in Spanish, Turkish, Italian, French, Portuguese, German, but a few bounties have been open for Romanian as well.

Here a list of the original articles, translated in the aforementioned languages:

After experiencing some problems with the Medium platform, on April 13th the Swarm had a community call and decided to create a Gitbook page to collect all its material.

The past month has been very busy for the Agave Community. We hired an auditing firm (Chainsulting) to review the contract, and everything should be done around May 1st. The launch of the Agave Platform, although not yet disclosed, is planned soon after the result of the audit.

We have worked on completing the front-end and back-end, hired a creative writer, and had several calls to create an ambitious potential roadmap.

On April 22nd the community was invited to vote on 3 proposals, and the 5% quorum was reached in about 24h. These proposals include:

The community showed great interest in NFTs, and a dedicated Contest was opened, receiving 20 entries which were presented to the attention of the community.

We are providing detailed weekly updates, which can be found in the links below.

In the past month Buzz Swarm has utilized their budget to expand the decentralization and curation of content via bounties. Bounties were created a bit differently this time around as they were formulated to have a smaller scope. Example for 1 marketing initiative there is a minimum of 2 parties involved and most of the time 3 to create 1 piece of content. The road map towards these bounties can be found here

Furthermore Buzzdao has worked closely with the Connext team which has brought us the 1click bridge xpollinate.

Future Builds: We are in the process of creating a new decentralized social media channel that will assist with exposure to members talking about 1Hive and it’s ecosystem while also being able to track and reward users participating.

1Hive will also be getting an awesome podcast hosted by Curlybracketeffect. DAOn to Earth will be streamable on 10+ podcasts platforms including Spotify, Apple Podcasts, Google Podcasts

As a reminder, Honey quests will be a way to create tasks, fund them with honey from the DAO, and allow one or more people to complete them.

We have completed the initial design milestone. And this is our MVP criteria :

What we have done so far :

Canon Project Pitch / NFT Collection Timeline Points Still in very early stages. Most of the app’s features are being actively discussed prior to development.

Slowly but surely progress is being made on the branding (of the platform itself) and art side of things for the first drop of 1hive’s very own community-curated canon collection of NFTs representing some of the most iconic moments in the organizations’ historical timeline.

If anyone wants to contribute to the branding side of things they’re very much invited to do so but the final decision on what graphics get used will probably be taken by either creating a poll on the forum requesting input from the rest of the community with the different proposals or at the discretion of the people currently most invested in the project (Luke / Pab).

HiveCraft is a proposal project to develop an entire 1Hive-themed java Minecraft server and linking blockchain assets into it to bring a new and unique experience not only meant for playing, but also as a form of virtual space where crypto and gaming communities can converge wonderfully. 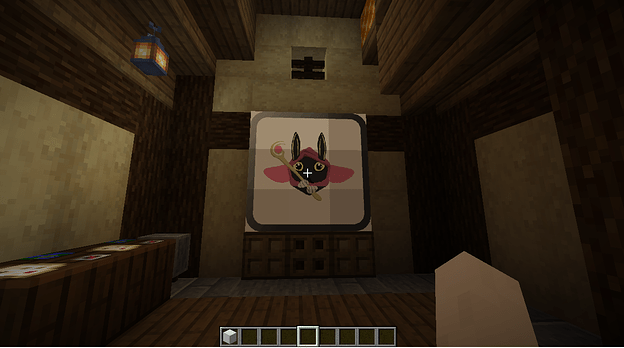 The project is currently in the funding phase, but it has been a few weeks ago since this idea began to develop; however, every day more ideas are added to this project. Servers are already bought and running!

It is very important to mention that the blockchain link plugin is currently work-in-progress, but we are now looking for an alternative to continue develop the blockchain link, so if you are interested to help finding more ideas or you just wanna know more details about this project you can still support the funding proposal.

Thanks for your support in passing the Tulip swarm proposal. We are hard at work in finishing the product for the MVP release. As a teaser, see the following which is the front end interface that users will interact with for the new farming and wallet. More functionality will be added as we continue the project. We expect to be ready for community testing shortly, and then farming can begin! 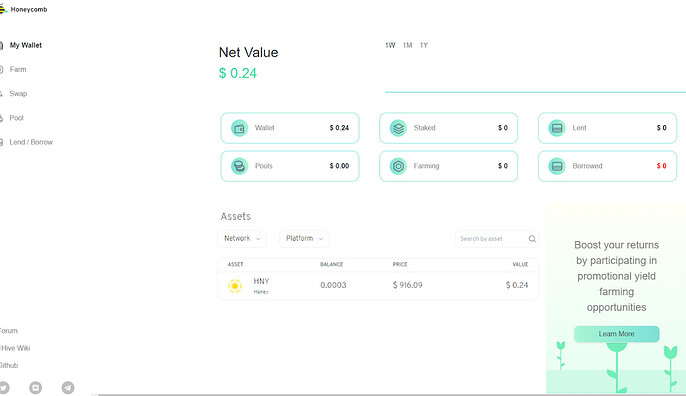 Last month we saw the explosion of dripp in the 1hive and Shenanigan communities. After an unfortunately bumpy launch, the platform lives and continues to grow. $ALVIN and $SHWEATPANTS, the two tokens distributed in the farms, are having their real world counterparts constructed as we speak with samples en route to YoungKidWarrior for review.

This month will open the redemption feature for token holders to redeem whole denominations of ALVINs (and SHWEATPANTS) for NFTs and real life swag. Stay tuned in the #alvin channel for updates on what is coming next for dripp.

Thank you @boring877 and the team!

May is going to be a very blooming and exciting month with all the work going on!

Thanks really useful to know what has happened. <3

Thanks for the recap again @boring877

@boring877 mate your monthly recaps are the best! Always really detailed and so meticulous with all the links provided to the additional info on each swarm activity. I feel this issue of the recap was more precise/ concise in comparison to the previous and it seems to me that with each attempt you will make this a better read! Great work! Give yourself a pat on the back! Thanks for your effort.

Always love to see the recap of 1hive. Thanks @boring877 . Keep doing it.

Boring877 The information is really very useful, regarding what has happened, and well, congratulations on the post, and to the team in general, it shows that it is a job well done, my full support for you @solarmkd , @Stonky , @Blazar , @Escanor , @Monstrosity , @D0SH , @gabi , @befitsandpiper , @YoungKidWarrior, @willjgriff , each one plays an important role and does a great job

Nice one @boring877 thanks for the recap!

Thanks for the well organized recap @boring877

@boring877 If at any time, you need graphic content for your post, let me know and if I have the time I will not hesitate to support you brother!

I have a lot of hype with hivecraft, probably the best project.
Making a reddit vault thing in minecraft is genius.

Thanks for this recap! Glad to seeing all this progress! I can’t find the #Quests channel in Discord? Would be curious to learn more about this project’s progress.