The Canon swarm is a new 1Hive working group focused on the creation of Canon, a platform for issuing, distributing, and collecting NFTs anchored to significant events in a community’s history. The NFTs will be presented as bundles of visual and written content stored on IPFS. These NFTs can be collected into canonical sets using Celeste Covenants or by the set’s creator’s preferred on-chain governance tool (eg Moloch Minion, Aragon Agent, or Gnosis Safe).

The Canon project entails both the development of the Canon NFT platform, as well as the creation and curation of the 1Hive Genesis Collection, a set of NFTs related to 1Hive’s history.

Currently the only members of the swarm are Pab (Art Director) and Luke (Editor). We are looking for contributing artists, animators, writers, designers, product managers, marketers and of course developers to join the swarm and are currently using a “domain” in the Tulip Colony to manage payments and reputation within the Swarm. If you are interested in learning more about contributing to Canon, you can find us in the Canon channel on 1Hive’s discord server or you can join the [Canon Swarm Discord](Canon discord).

The canon project is in extremely early stages, we have been ideating on the concept for a while but have yet to fully commit to any specific design decisions. Our focus so far has primarily been on exploring what we want to be in the Canon Genesis Collection, in order to understand what features the platform needs to support in order to be a compelling tool for Artists and their Patrons.

This will be the first collection released on the Canon platform and is focused on creating NFT artifacts anchored to significant events in 1Hive’s history.

For example, Honey Emergence, would be an artifact representing the initial deployment of Honey by 1Hive’s seeds. There would be written content describing the details of the event, similar in tone to that of an encyclopedia entry, visual art rendering the event in the style of the collection, and potentially some flavor text linking the two elements together. 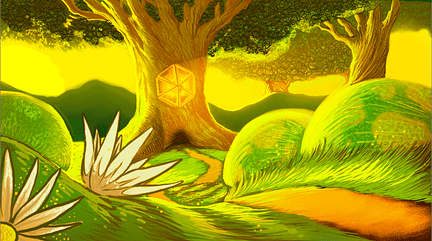 Description: Honey Emergence occurred when Honey was first deployed to the Rinkeby network. The contracts allowed Honey to be minted by a majority of Seeds, and was distributed to people who contributed to the project, primarily using the Dot Voting Aragon application that was developed by Autark.

In the beginning there was nothing. A vast but sparsely populated world. Until one block something changed. Honey appeared, lighting a beacon that would begin to attract bees from far and wide to become a part of 1Hive.

Another example, Dandelion, would be an artifact associated with the adoption of Dandelion Voting and the removal of the authority Seeds possessed over the minting of new Honey. The event description would discuss Moloch DAO and how that design informed the mechanisms that were used in the dandelion voting app. The art below conceptualizes this by showing a Moloch demon observing bees flying around a dandelion flower. 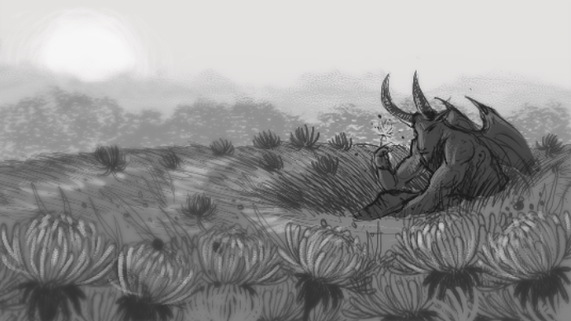 An example of a more recent event that would likely be deemed significant enough to canonize was the launch of the Agave token by 1Hive community members. The event is significant because it was the first token besides Honey launched by the community, and because Agave has become a significant part of community history. One of the Agave seeds working on the project goes by the handle GreenHornet and was responsible for adding the initial liquidity to Honeyswap and officially launching the token missed a 0 when setting the ratio resulting in a chaotic launch. Another member of the 1Hive community that had been following the launch but had not been involved in the Agave project directly is depicted as a Lemon due to his username. During the launch he used a bot to snipe the first purchase on the Honeyswap AMM and getting a particularly good price per Agave in the process. The Lemon has since become an influential contributor to the Agave project. 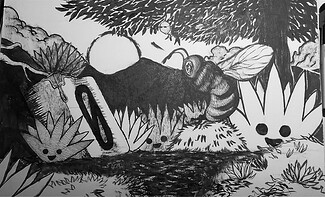 In order to make canon useful for artists and patrons we need to think carefully about how the NFTs are issued, distributed, collected, and curated. The dynamics of these things are important. An NFT can be designed to be a truly unique singleton, or as a unique member of a specific class. If an NFT is a member of a class, under what conditions can additional members of that class be issued? If there are multiple members of a class, how are these members distributed and what does that imply? Does the distribution process imbue value to the NFT in some way? How do users show off their collection? How do they buy/sell their artifacts? How do we curate NFTs that are part of the Genesis Collection, what about other user created collections?

These are the types of questions we are considered from a product and platform perspective for Canon. We expect that initially we will support something like this for the Genesis collection.

Artists will be able to create NFT artifacts as a bundle of written and (audio)visual content. They will be able to pick from some issuance policies, such as anyone can mint tokens at by depositing x tokens and locking them for y time, with a minting fee of z% of deposited tokens going directly to the artist, the variables x and z can be configured increase over time or as additional NFTs in the series are minted.

This mechanism will allow artists the flexibility to get paid for creating high quality artifacts that are highly valued by collectors and patrons, the increasing costs to mint ensure that the artifacts are provably scarce, and having part of the cost to mint be locking erc-20 tokens aligns the incentives of tokenized communities with the artists that are creating related cultural artifacts.

If you are interested in contributing to Canon or the Canon Genesis collection, please join the Canon discord, if you just want to keep up to date we will share updates and continue to have general discussions in the Canon channel on the 1hive discord.

We will be working on a common pool proposal in the next days/weeks, so now is a great opportunity to get involved and help shape the project while it’s still in its infancy.

Thinking of more ideas for the radio I thought that it would be interesting to canonize the most important events and episodes.

It’s been quite a busy week for me and I haven’t been able to make much progress with the project (plus I have yet to keep up with Honeycomb) but it would be nice to talk about that, maybe when grounded some specifics about the radio.

yeah I think this is a great idea, I mentioned a similar thing to Luke a while back about maybe pairing some of the points in the genesis collection with podcast episodes which cover those specific events featuring interviews w the people who where most involved at the time - this way all of the content links to the rest of the content and serves almost as an organic marketing strategy (so like, the written articles, the artwork, the podcast episode, the NFT itself, etc.) cc @CurlyBracketEffect

I cant find the AGVE party episode anywhere but I believe that can be a good example of how this idea could be implemented (?) i’d love to hear your opinion on the topic

I think this is excellent, and I could participate as a designer and contribute or create ideas with what I know.

I will enter into discord, what would be the steps or what should be done to be part of a team of designers or creators!

In order to make canon useful for artists and patrons we need to think carefully about how the NFTs are issued, distributed, collected, and curated. The dynamics of these things are important. An NFT can be designed to be a truly unique singleton, or as a unique member of a specific class. If an NFT is a member of a class, under what conditions can additional members of that class be issued? If there are multiple members of a class, how are these members distributed and what does that imply? Does the distribution process imbue value to the NFT in some way? How do users show off their collection? How do they buy/sell their artifacts? How do we curate NFTs that are part of the Genesis Collection, what about other user created collections?

Great I support and can register projects as nft. 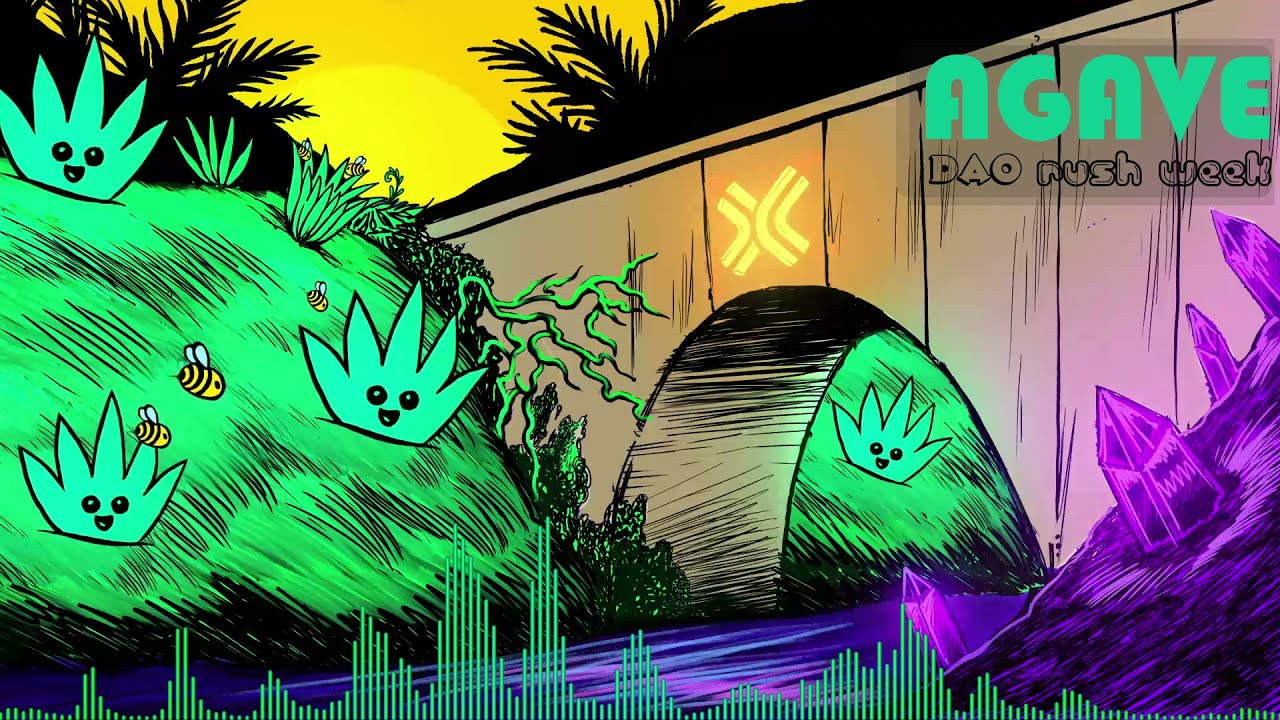 This is really cool. I am glad to see that a more formal team is being put together to build out this area of 1Hive.

I would be interested in participating by creating content through the DAOn To Earth podcast, and making sound clips as NFTs. I was also considering creating POAPs or some other kind of NFT to commemorate recording sessions, and distributing them to people that attend.

Nice initiate, as an artist all I can see is future in this project, art and designing worlds and stories is such a wonderful, imagine someone making a 1hive’s movie based on the canon archives.

Good luck guys, hope can I join it.

very interested in cannon swarm, gonna jion your discord and hope to find something funny!

what would be the steps or what should be done to be part of a team of designers or creators!

I made (copied it from bankless dao 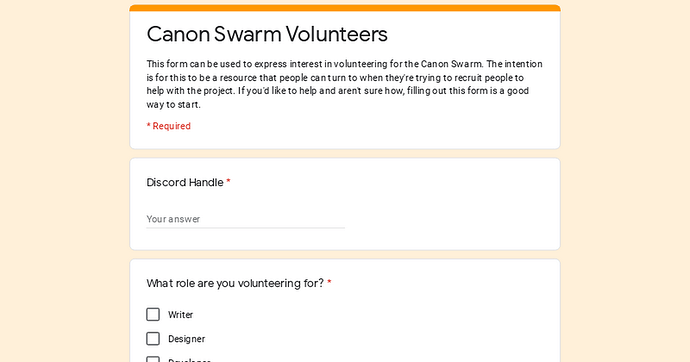 This form can be used to express interest in volunteering for the Canon Swarm. The intention is for this to be a resource that people can turn to when they're trying to recruit people to help with the project. If you'd like to help and aren't sure...

The idea of visual, auditory, and written art combining is most excellent. Might even be able to use choice samples from DAOn to Earth episodes if not the entire interviews. I will definitely join the discord and contribute where I can. I enjoy writing and learning more about NFTs.

These questions around NFTs are leading to some deep discussions I predict.

I made (copied it from bankless dao

@pab great, I already filled out the google form! and then I remain on the lookout, to participate, Greetings and good vibes in everything!

If we can help nft, tell us, maybe we can cooperate