Hey everyone,
By far the longest Recap…I’d say that’s good news!
Take your time to read it through.

We finalize the work on the onboarding experience to create a new Garden from the UI. 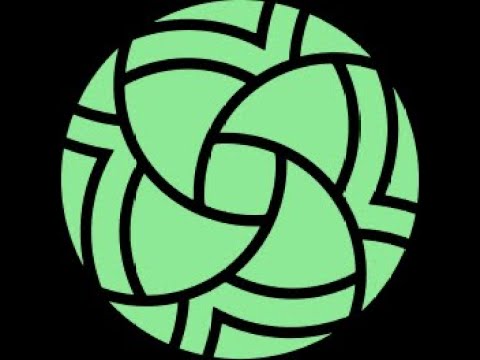 A new feature that includes a notification section to review latest transaction activity on the website. 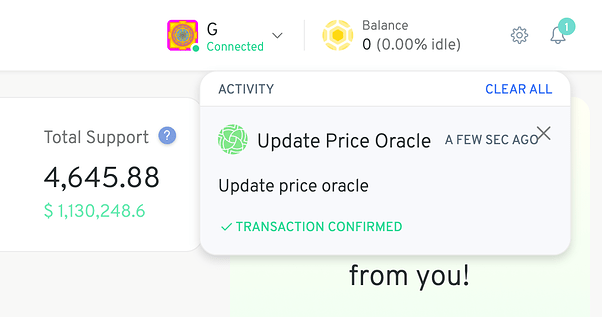 A new feature that allows any user to keep the price oracle up to date on the metrics section of each Garden.

We improve the developer documentation of the Garden monorepo:

We update all the Gardens apps repos to use hardhat:

We deployed AragonOS on Mumbai and Polygon networks:

We also deployed the Aragon Organization subgraph and Gardens apps on those networks.

We gave support to the Giveth project and helped them test their Garden end to end.

A smart contract update that allows users with a Gnosis Safe to leverage the Gardens framework. In this Garden configuration, the Gnosis Safe is the Common Pool of the Garden and Conviction Voting proposals will transfer funds directly from the Safe.

We started collaborating with DeepDAO to integrate Gardens as a new DAO framework on their website. As requested by them we create a document to explain how to fetch data from Gardens: Notion – The all-in-one workspace for your notes, tasks, wikis, and databases.

A new smart contract that can be attached to any AragonOS DAO (including Gardens) to prevent DAO members from performing certain actions unless they are validated with BrightID:

The initial prototype of this work is:

Some other cool stuff you can check out:

We’re currently discussing if our governance migration is the best plan of action still. Sacha has recently shared concern about the centralising occurring within Ethereum and has suggested waiting a bit to see how this develops before making any decisions.

Pollen is currently using a usd peg of $15k / week up 25 HNY. The Pollen DAO will make efforts to optimize weights again going forward given the reduced funding. Escanor & cryptoclip are our newest members to join the swarm, also this time we have a 5 HNY gap for managing/hosting the pollen swarm.

Support Swarm has been actively working, making it easier for new individuals to get onboarded to 1Hive, help solving specifically technical problems that people may encounter using 1Hive’s products, and educating those individuals to engage in blockchain transactions in a secure manner.

Our new proposal passed and you can check it here: Community Supporter 7th Month Proposal -

As expected, October has been a very busy month for Terra Members. Lots of documentation to translate. The work was underlined in detail in the Terra Swarm 4th Proposal.

The first part of the translations (in Spanish, Turkish, Portuguese, Italian, French, German, and now in Chinese as well) are related to upgrading the 1Hive Gitbook Page.

Over 4000 words of work has been done by the team that, right after, started with the translation of the Gardens Gitbook, which is one of the priorities for the end of October and beginning of November. Further translations will include, as usual, the monthly recaps and, if the funding allows it, the translation of some of Agave’s documentation, starting with the “How to Agave” series that include guides that can be very useful for the community.

Our work for the month of November will keep being very busy and we plan on completing, for all languages, the 2 gitbook pages.

Agave has been working and producing a lot of exciting news in the next month.

The community got together in 2 AMA, on September 30th and October 14th.

We advise you to follow Agave’s Twitter page for a constant stream of information. In this month the DAO has made quite some announcements.

Agave’s Safety Module has over 30% of the current supply locked, and the TVL increased to over 1.5MM as soon as depositing $Stake has been enabled on the Agave Platform.

Alvin is back. As promised, the Agave DAO kept its word and redeployed the Alvin plushie, giving him a new life.

Most specific are available on Alvin’s dedicated web page. A detailed article is available here: Alvin Lands on Arbitrum

There will be 500 Alvin, redeemable for a plushie that can be shipped worldwide. The token is already available on Swapr on Arbitrum. Users can purchase one Alvin on xDai and the token will be airdropped manually on Arbitrum.

Tec labs and ygg have invited meta🐝 to host a series of labs, from mid-November through February. The labs will start by going through Lesson 1 of CryptoZombies.
There is a post about Lesson 1 on the Forum as well, which I will add to as questions and suggestions come up about the topics.

Vyvy-vi has found someone from Eddy Hub to teach an introduction to git and Github for 1Hive. Please watch for updates.

More updated from Celeste Swarm in the next recaps.

For the last month,we’ve decided to focus our efforts on in-house marketing within the social media channels we control as a DAO. Therefore we welcomed new members in the Buzz DAO such as zer8 to help blazingthirdeye with the social media posts.
Other than that we want to mention harsh24 and rohekbenitez that are helping with their valuable designs and hernandoagf for helping us building the Discord twitter bots. More info and execution to follow next month on this…

With the current focus on our in house marketing team we were able to achieve some really awesome milestones for our twitter. We reached 8k followers on the Honeyswap Twitter, 5k members on 1hive as well as 6k members on our Discord server.

At long last some members of the 1Hive community have decided on the importance of creating and organizing a PFP NFT project with the 1Hive thematic in order to help reach a bigger audience and consolidate our community within the NFT space.

If launched right this project could have an amazing impact in 1Hive.
Below are some of the advancements:

Management wise we have:

-two community leaders and one consultant

-support from the Buzz swarm

More updated from Quest Swarm in the next recaps.

The Canon Project has been paused for this month as two core contributing members on the art side of things have been busy with projects that involve shorter delivery timeframes. On the sidelines, research on all topics regarding nfts, daos, collections, curation, minting, distribution methods, etc. is being conducted by Pab in order to really make conscious decisions for the best possible outcomes regarding both the collection and its impact on the swarm as well as the broader 1Hive community.

We are still looking for developers, artists, community manager(s), etc. This project will not develop any roadmaps as of now, as a lot of the work being done is of an experimental nature, for the same reason and to give space for research, its development will continue to happen slowly.

Special thanks to casale and of course all the bees

that linked their wallet and participated in the airdrop and helped us!

where dropped to each of your wallets some hours ago, you should now be able to claim them in Hivecraft

Here’s a guide on how to claim them!

Let us know if you have any problem

Also anyone that is present now and wants help or anything me and Ermini0 will be for a while in the voice chat and in the Hivecraft Honey Plots. 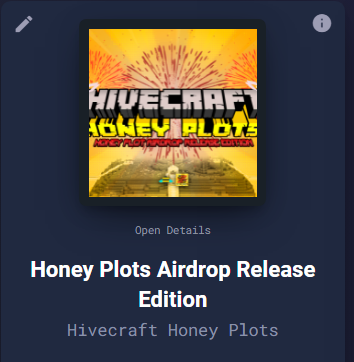 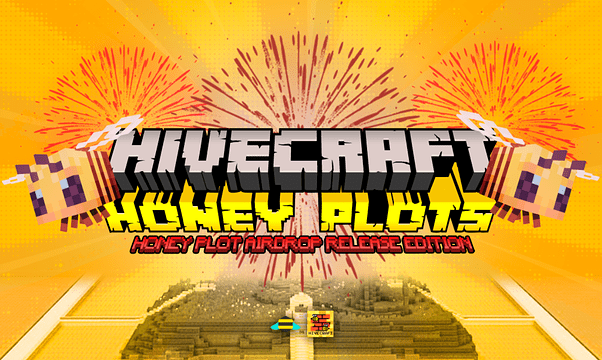 Autonomy had previously been talking with Tulip swarm about adding stops and limits to Honeyswap. The plan had been to go forward after their audit. Their audit was completed, but there’s not anyone in Tulip to pick this back up.

See you all for November’s Monthly Recap. Stay safe

Great work Everyone and thanks @Stonky for it. Well written, well organized.

Idk what to say except appreciating. : )

Thanks y’all for the amazing work you’ve been doing in the community. @Stonky amazing recap, mate.

Wow, my first mention in the Monthly Recap.
I’m on my wayyy

Wow so much happening right now! Thanks @Stonky

Elaborate and a detailed recap. Community doing so much … together we thrive… nothing was left behind great job @Stonky can I get some translations if available?

Thanks y’all for the amazing work you’ve been doing in the community. @Stonky together we thrive…

Wow, my first mention in the Monthly Recap.
I’m on my wayyy

That just means something brother, you are doing a great job !!

Thank you very much Rohek, you the MAN