Hi Bees,
May was a very busy month and in this Monthly Recap you can see, in short, some of the highlights, divided by Swarm.
To write this recap, I received the valuable help of a few people: @metaverde (Morphosis) - @hernandoagf (Pollen) - Philogy (Celeste & Tulip) - @Blazar or @D0SH (Buzz) - @Escanor (Support) - @gabi (Gardens) - @chuygarcia92 (Commons) - @pab (Canon) - @Felix (Quest).

And @boring877 for establishing this “tradition” which I will carry on from this month onwards.

Pollen swarm has been working on improving and automating part of the user onboarding process and data extraction, these improvements include:

The whole swarm was buzzing fast the last few weeks to complete our milestone of having an MVP of the Garden site. During this time we deliver:

We also onboarded a few communities close to 1Hive that are in the process of testing their Garden before going to production. The communities are Agave, Giveth, BrightId, and Beezu.

Here is our current helper rotation:

A new proposal passed. We are expecting more activity in the Help channels due to the launch of agave, the new farms, and agave.

Bees have been exceptionally busy lately, so Gabi’s Ethereum Developer course is being underutilized. There are some plans in the works to bring attention and students to the course as well as to the Discord. The materials are all available on the Discord server, still for free. If you run into trouble with a task ask on the Discord and tag metaverde🐝 to make sure someone helps you out.

Documentation of Celeste has progressed quite a bit during this month. Soon other projects should be able to easily use and integrate with Celeste, hopefully giving the Celeste jurors some more disputes to settle.

Terra Swarm, whose goal is to provide professional translations to the ever-growing 1hive community, has worked hard during May, completing several translations.

On May 25th Terra Dao published the 3rd proposal to keep its work and provide further documentation for the coming months. The proposal passed and Terra DAO will keep on documenting and translating everything related to 1Hive

Lots of exciting news in the past month for Agave. After obtaining a “pass” from Chainsulting, the company hired to run the audit of Agave’s contract, on May 10th we launched the staking function on our brand new website https://agave.finance/. We run a short emoji contest within the community and, most importantly, an NFT contest, divided in Rare, Common, Uncommon and Legendary cards, which will end in June.

On May 11th the community was asked to vote on a few matters → click here and here (vote2) quickly reaching the required quorum.

Since staking launched, over 6000 are secured in the safety module. We added a dedicated section to our FAQ to help with this process.

Agave has been listed on DeBank since the middle of May.

We are busy completing everything in terms of frontend and backend. To keep the community on the loop, we provide Weekly Updates.

Luke made a forum post explaining what Canon is and what progress is being made, also making a call to action to whoever may be interested in joining the team effort in bringing the project to life. As the forum post states, the team is looking for contributing artists, animators, writers, designers, product managers, marketers and of course developers to join the swarm and are currently using a “domain” in the Tulip Colony to manage payments and reputation within the Swarm.
Currently the team is working on developing a formal proposal in order to gather the funding needed to continue research & development on the project, both for the platform itself and the Genesis Collection.

HiveCraft has now its own Discord Server: Click here to access it. More news to come in June’s recap. 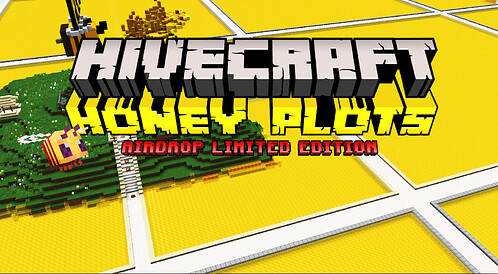 The Tulip swarm has been immensely busy finalizing and deploying the new sustainable farms on xDai. Following the new farms liquidity on Honeyswap reached a new all time high of almost 18M $.

On May 25th, Alvin’s contract was compromised. Alvin is a cross-pollination between 1Hive and Shenanigan. Over 50k Alvin were minted, and the price of the token collapsed. Alvin is not a product from AgaveDAO but, nonetheless, the team decided to take action and support those who incurred in losses. Stay tuned on 1Hive’s channels for more updates on this matter, as nothing is set in stone yet. Click here for a detailed post-mortem.

Thank you for your attention, and see you at next Monthly Recap!

Thank you for helping the tradition to stay

I must remind that the one that started these recaps was @therealmo but @boring877 was the one that has been working the longest on it. @Blazar was also contributing on this and myself on some occasions.

all in one it’s great to have these recaps for the sake of members that are not so active or for the newer members or curious crypto investors to see what we are working on.

Thank-you Stonky.
I really appreciate you picking up the recap ball.
They’re a lot of work.

@Stonky thanks for taking the effort and producing the recap. @boring877 has done some great work on the previous recaps which has always helped me out (even though i am fairly active on the forum) as there is so much happening in the hive that its not that easy to keep up. Good to see the work being continued and looking forward to more monthly updates! Cheers.

Thank you for this @Stonky! I look forward to it every month Some exiting things are happening!

Great write-up stonky, looks like a huge amount of effort to chase people up and collate all the information, it is a good read and it is appreciated my dude

. Keep up the good work though all swarms!

This post is amazing. I am still fairly new to 1Hive but this post just helped me familiarize with the amount of things that are going on in the ecosystem.

I’ll try my best. I guarantee that.

This type of work is important as indicated @solarmkd , since many users can see what has been worked in 1hive!

teamwork is the key to success!

Wow. Amazing. It’s written in the best way @Stonky.
I appreciated the efforts of everybody.
I am also waiting for the next recap to hear more good news, haha.