Welcome to 1Hive’s July Monthly Recap.
Stay updated with the work of our swarms by reading this recap and the previous ones!

Currently building a new feature: Poll Proposals. This is a frontend-only update that will let Gardens members create polls in their Garden that anyone in the community can respond to with a Suggestion Proposal. Polls will show on the Proposal page with all Suggestion Proposal responses batched together, making it easy for the community to get on-chain consensus for decisions with many options.

Poll Proposals are expected to be available this month.

The work of Agave is continuing through the bear market. We hired a new dev and are working hard on both frontend and backend. We will share more news as we progress.

During the next month you can expect some news for what concerns Alvin, our NFT redeemable plushie.

We made 2 important improvement proposals, AGIP1 and AGIP2. AGIP1 consists in changing the parameters of some of the tokens listed on our lending platform (read here) while AGIP2 consists in creating a security fund. (read here)

We are continuously focused on communications and app integrations on Buzz and we wanted to raise awareness of the importance of security but also bring more users to 1Hive apps.

As such we informed the users about the new ENS domains that 1Hive uses for Honeyswap,Gardens and Celeste via Twitter post that got a lot of attention https://twitter.com/1HiveOrg/status/1552695033085796353 .

We also did managed to meet with Unstoppable Domains team and integrated with the help of Felipe a new option to connect on Honeyswap, more on that you can read on this tweet 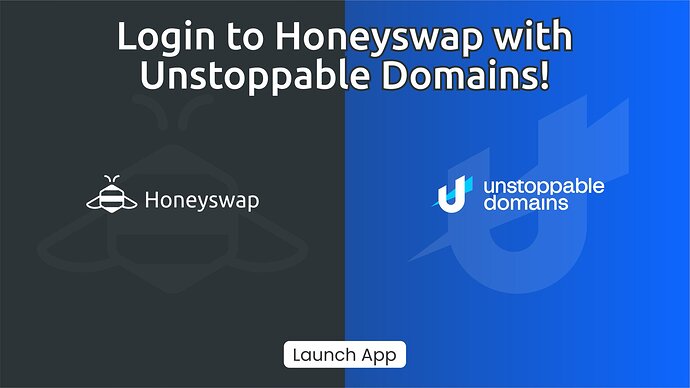 @
Did you know you can make unstoppable swaps on Honeyswap? With the recent integration of @unstoppableweb to Honeyswap, you can login with your unstoppable account😺 Expect more integrations to come

Next on this list of partnerships and integrations is Brave Wallet and we are in touch with their team and Honeyswap users will be able to use Brave wallet directly on Honeyswap. We keep some details as surprise for the next month as we are not done with all the work around this important integration.

We also had organized a call with the broader 1Hive community and made a Miro Board to brainstorm and discuss on 1Hive essential intent planning which is very important topic and it is still ongoing.

NFBeez continues to work in the background. Not much new content to provide at this time but are still active in the creation mode. We are currently waiting on artwork to be delivered so we can progress and continue with the project on hand. We are hoping to deliver the next iteration in the next 60 days depending on the receiving of art.

Quests swarm only focused on bugs and adjustments this month. So no feature development, we wanted to wait for the app to be used. The creation feature was unlocked and some quests are already there. As the Quests started to be used and discussed in the community space, we extracted some ideas for the next month and we made a new special proposal dedicated to the next features of the app. There is something special with this one as we wanted to adopt a new approach for the next features on Quests.

The treasury swarm deployed 60 HNY using the Hedgey covered calls markets to generate 300 xDAI up front, and with the opportunity to responsibly convert the 60 HNY into another 3,600 xDAI before the end of 2022. We have put forward a discussion forum to allocate an additional 200 HNY for the treasury swarm to manage and diversify using Hedgey’s toolset, and plan to put forth the official proposal early August for a vote. 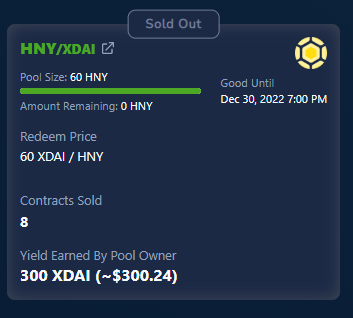 Thank you for reading so far! See you for the August Recap!
Stonky